Since its inception, Atlantis Press has continued to attract a global and experienced team of Publishers from different backgrounds. Most of these Publishers joined the company with several years experience from one or more of the major academic publishing houses in the industry. Please meet our publishing team below. 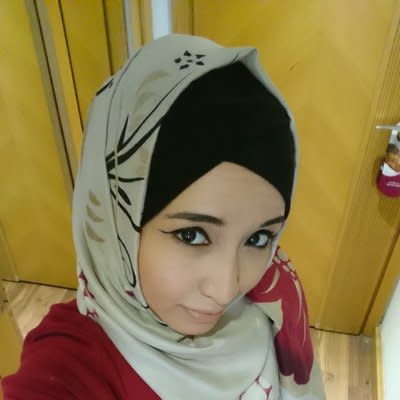 Shalimar Shadeed is Senior Publisher for the Atlantis Press third-party journals portfolio and is responsible for providing publishing services and publishing consultancy to societies and institutional journal owners. She is also the AP subject matter expert on all aspects related to publishing ethics, journals development and indexation. Shalimar holds a Bachelor's degree in Biotechnology and Genetic Engineering and a Master's degree in Applied Biological Sciences, Immunology and Stem Cells from the Jordan University of Science and Technology. Prior to joining Atlantis Press she gained 6 years of experience in academic publishing at industry-leading publishing house Elsevier where she joined as a Publishing Support Manager for partnership journals in 2012. Her extensive outreach work in this role earned her a promotion to Senior Publishing Support Manager at the end of 2016, by which time she had also taken responsibility for Elsevier's ENSTINET portfolio of journals published in cooperation with the Egyptian Ministry of Higher Education & State Ministry of Scientific Research. Shalimar left Elsevier in April 2018 and joined Atlantis Press in her current role shortly thereafter. 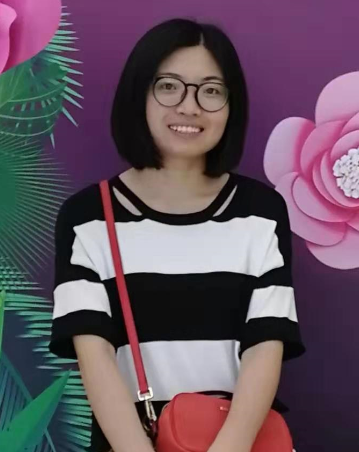 Yanhua Li is Publisher for the Atlantis Press China office where she is responsible for the management and development of a portfolio of journals. In addition to this, she is also the indexation champion for the Atlantis Press proprietary journals and proceedings portfolio. Yanhua holds a Bachelor’s degree in Geographic Information Systems and a Master's degree in Water Conservancy Information Technology from Zhengzhou University (Zhengzhou, China). Since 2014, she has been working in STM publishing for MDPI as an in-house Editor for a number of open access journals where she gained experience in scientific journal management and promotion. Yanhua joined Atlantis Press as a Managing Editor in September 2019 and was promoted to Publisher in August 2020. She works from the new AP China office in Zhengzhou. 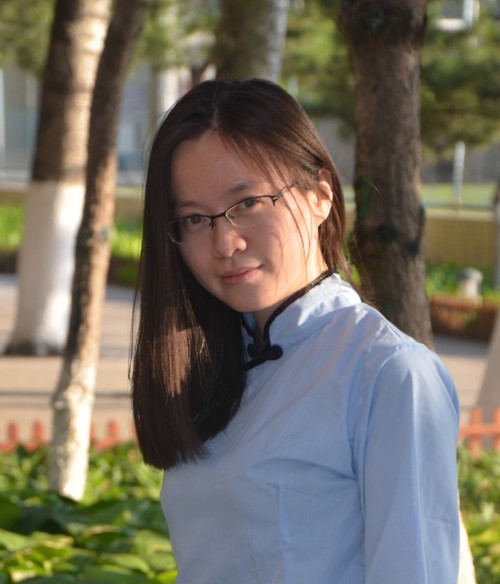 Henan Shao is Publisher for the Atlantis Press proceedings portfolio and responsible for the management and development of all Atlantis Press proceedings series. Henan holds a Bachelor’s degree in English and a Master’s degree in Geological Engineering both from the China University of Geosciences in Beijing, China. She subsequently worked as Academic Editor for Sciencepaper Online for two years where she gained experience in Open Access publishing, and then as Publishing Editor for the International Association of Applied Science and Technology for one year where she was in charge of publication of academic conference papers. Henan joined Atlantis Press in her current role as Publisher Proceedings in July 2020, working from the new AP China office in Zhengzhou. 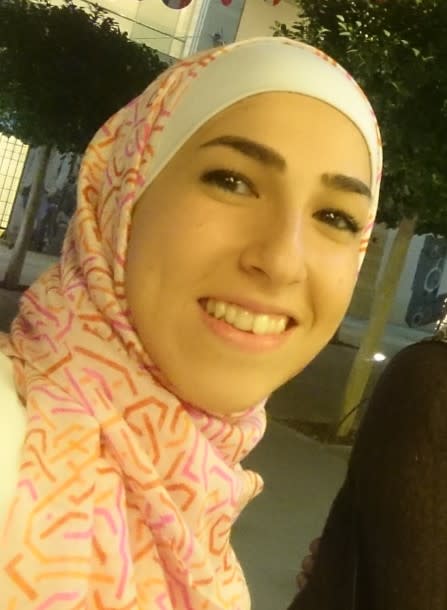 Ban Al-Kurdi is Managing Editor in the Atlantis Press International in-house editorial office where she is responsible for managing the editorial workflows for a portfolio of journals. She holds a Bachelor's degree in Biotechnology and Genetic Engineering from the University of Jordan and a Master's degree in Applied Biological Sciences from the Jordan University of Science and Technology. After working as a teacher in Biology and Chemistry for a couple of years, Ban became the Managing Editor for an Elsevier journal at the beginning of 2017 and joined Atlantis Press in January 2019 in the same role when Atlantis Press acquired this journal. Besides her activities in publishing, Ban also works as a Research Associate in the Cell Therapy Center at the University of Jordan where she mainly works with embryonic and induced pluripotent stem cells. 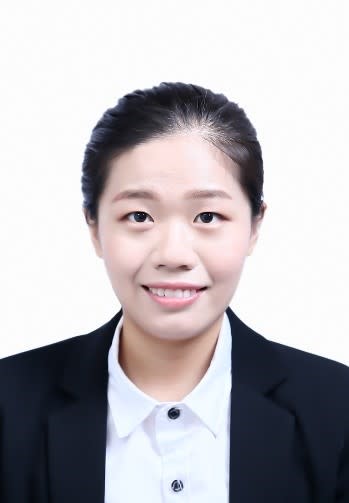 Xiuxiao Liu is Managing Editor in the Atlantis Press China editorial office where she is mainly responsible for managing the editorial workflows for a portfolio of journals. Xiuxiao holds a Bachelor's degree in Biotechnology from Zhengzhou University (Zhengzhou, China) and a Master's degree in Bioengineering from the Northeast Institute of Geography and Agroecology at the Chinese Academy of Sciences (Changchun, China). From 2018 she worked at MDPI, first as Assistant Editor and then as Managing Editor for a portfolio of open access journals. Xiuxiao joined Atlantis Press as Managing Editor in August 2020, working from the new AP China office in Zhengzhou. 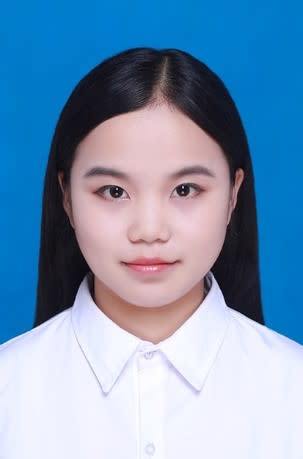 Xin Guo is Journal Operational Editor for the Atlantis Press China office where she is responsible for various editorial and developmental activities for a portfolio of Atlantis Press proprietary journals. Xin holds a Bachelor’s degree in Safety Engineering and a Master's degree in Engineering Mechanics, both from Zhengzhou University (Zhengzhou, China). She started in her current role as Journal Operational Editor working from the new AP China office in Zhengzhou in April 2020. 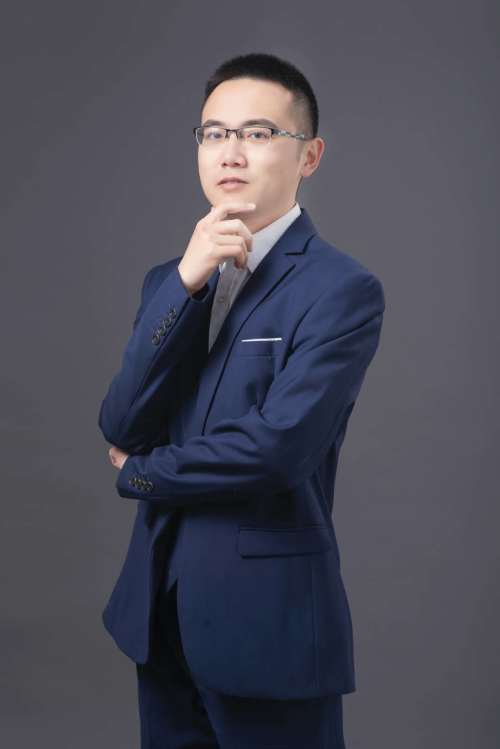 Jiangtao Zhu is Managing Editor Proceedings for the Atlantis Press China in-house editorial office. He is responsible for all executive editorial tasks related to ensuring that the AP proceedings meet quality and technical criteria before online publication. Jiangtao holds a Bachelor’s degree in Education from Zhengzhou University (Zhengzhou, China) and a Master’s degree in Education from Ningbo University (Ningbo, China). He started his career in the scientific publishing industry in 2012 when he joined Henan Science and Technical Press as an Executive Editor, where from 2012-2015 he took charge of 15 books to be published. He then moved on to become a Professional Trainer for teaching the knowledge of Education and Psychology from 2016-2019 at HUATU Company. Jiangtao started in his current role as Managing Editor Proceedings working from the new AP China office in Zhengzhou in April 2020. 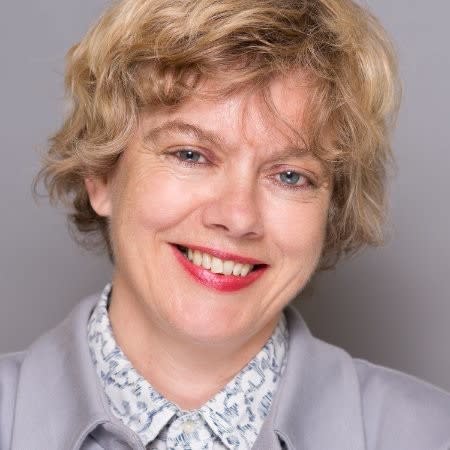 Maartje Michelson is Publishing Assistant and Office Manager for the Atlantis Press office in France. She acts as the first point of contact for all incoming communications to the general AP office email address, supports with preparation of contracts and invoices, and monitors the planning and progress of ongoing AP proceedings publications. Over the past 30 years, Maartje has lived and worked in various places throughout Europe, including London (1990-1994), Paris (1994-1999, 2005-2016), Zürich (1999-2003) and Amsterdam (2003-2005). Prior experience includes working at the Anne Frank House in Amsterdam, the Netherlands-British Chamber of Commerce, the Rotary International European offices, and the Organisation for Economic Co-Operation and Development (OECD). Maartje joined Atlantis Press in her current role in July 2019.