In order to solve the problem of inconvenience of the existing heart rate and oxygen detection device, a portable heart rate oximeter is proposed in this paper. The device can detect and display the value of the heart rate, temperature and blood oxygen of the human body at any time. The instrument gets rid of the cumbersomeness of traditional medical appliances, greatly reducing the volume of the instrument and making it easier to carry. The heart rate oxygen meter designed in this paper is intelligent and portable. It has a wide range of practical applications in theory.

With the advancement of human science and technology, the quality of people’s lives is increasing, and the acceleration of the pace of life makes contemporary people pay more and more attention to health issues. Detecting vital signs such as heart rate, arterial oxygen saturation and temperature is of great significance in the fields of clinical medicine, community medicine, and home health monitoring.

In order to solve the above practical problems, this paper designs an intelligent, cheap and portable detector, which can make the detection need not to carry out complex detection, and will not cause too many negative effects on the human body during the detection process. We can obtain some important health signs parameters by this device theoretically.

The human body inhales oxygen from the outside world to the alveoli and expels carbon dioxide through the pulmonary capillaries, while oxygen is sent into the pulmonary capillaries. When oxygen enters the body, it will flow to all parts of the body through the respiratory circulatory system to supply oxygen to the entire body organs. When O2 is converted to CO2, O2 and CO2 will undergo a second exchange in the capillaries, so that the cells of the whole organ can get sufficient oxygen.

The fluctuation of human arteries is referred to as pulse, which means that when the human left ventricle dilates, the blood is squeezed into the aorta, the blood vessels will block the blood, and the blood will flow into the vein for the first time.

As the blood penetrates into the aorta, the aortic compression will increase and forces the diameter of the aorta to expand, then the human body can feel this pulsation expansion phenomenon through the ring finger, wrist. At the same time, the pulse is expanded and contracted by the systolic function of the heart and the elasticity of the wall of the heart. When the ventricle is opened, the pressure of the arteries will increase. When the ventricle is closed, the pressure of the arteries will decrease. This kind of arterial fluctuation will generate a pulse wave.

The volume pulse wave is mainly a waveform obtained by converting the blood vessel volume into a change in light intensity. When blood flows through the microvessels by means of blood circulation, the blood volume exhibits pulsatility under cardiac pulsation.

Because of the expansion and contraction of the heart, the blood volume will be smaller. When the light source enters the human tissue, it will be detected by the photodetector while being absorbed by the tissue. During this process, vascular rhythm will promote the expansion and contraction of blood vessels, resulting in periodic changes in internal blood volume, which will lead to changes in light absorbed by blood. Finally, the pulse wave can be obtained by changing the light intensity.

Electrocardiographic signals, volume pulse wave signals (PPG), respiratory signals, and arterial blood pressure signals are all important physiological signals for studying human health. Compared with other signals, PPG signals can simply and non-invasively measure the physiological information of the human body, and can continuously measure. Detection with PPG signals has a great potential [2].

Two LEDs, a photodetector, optimized optics and low noise analog signal processor are integrated in the max31000 module, which can detect pulse oxygen and heart rate signals. The MAX30100 operates from 1.8 to 3.3 V power supplies. It can be widely used in fitness auxiliary equipment, medical monitoring equipment and wearable equipment, as shown in Figure 2.

The integrated chip MAX30100 provides a standard I2C compatible communication interface, and external devices communicate through I2C. When SCL is a high level, SDA transitions generate a start signal from high to low level. First, the highest bit is sent out and the host sends a start signal. When SCL is high, SDA transitions from low to high level to generate a stop signal. The host ends the data communication by sending a stop signal. Because MAX30100’s I2C compatible communication interface needs to set SCL and SDA high, a pull-up resistor is added to the SDA and SCL pins in the acquisition circuit.

The working principle of this chip for measuring blood oxygen saturation and pulse is that the internal LED driver sets the timing in advance, alternately irradiates red light and infrared light, and then converts the reflected light signal into an analog electrical signal through a photodetector. The analog electric signal is output, and the signal is converted into digital signal after being amplified and filtered. Finally, the data is placed in the FIFO buffer [3].

The MAX30100 sensor can be transferred to a microcontroller via an I2C digital signal to obtain a pulse wave signal. The working principle of measuring blood oxygen saturation and pulse is shown in Figure 3.

The DS18B20 is a digital temperature sensor and is widely used in many occasions. The DS18B20 digital thermometer provides 9- to 12-bit Celsius temperature measurements and has an alarm function with nonvolatile user-programmable upper and lower trigger points. The DS18B20 communicates over a 1-Wire bus that by definition requires only one data line (and ground) for communication with a central microprocessor.

It has an operating temperature range of −55°C to +125°C and is accurate to ±0.5°C over the range of −10°C to +85°C. In addition, the DS18B20 can derive power directly from the data line (“parasite power”), eliminating the need for an external power supply.

The DS18B20 chip relies on a single wire port communication through the Dallas single-bus protocol. When all devices are connected to the bus via a tri-state port or an open-drain port, the control line needs to be connected with a weak pull-up resistor. The external power supply mode is the best working mode of the DS18B20 temperature sensor. It works stably and reliably, has strong anti-interference ability, and the circuit is relatively simple. Therefore, this power supply is used in this design. Figure 5 shows the DS18B20 chip circuit connection method.

LCD1602 character liquid crystal display module is a dot matrix liquid crystal display module specially used for displaying letters, digits, symbols and so on. The character LCD module is mainly composed of LCD panel, controller, driver and bias circuit. It is an environmental friendly LCD module and has two kinds of transmission methods: 4- and 8-bit data. LCD1602 has a total of 16 pins, but there are three main pins used for programming, which are: RS (data command selection end), R/W (read and write selection end), E (enable signal). The programming in this design is mainly around these three pins to initialize, write commands, and write data. As shown in Figure 6, it is LCD1602 module.

This article mainly designs a non-invasive pulse oximetry monitoring system, which is mainly applicable to the family, and is convenient for monitoring the physical condition of the user in the family [6]. In this system, the Arduino UNO is used as the main control chip. The heart rate and blood oxygen value are detected by the sensor MAX30100, the temperature is measured by the DS18B20, and the collected data is transmitted to the chip.

The value of the heart rate, blood oxygen and temperature of the human body are detected and then displayed on the LCD screen. When the measured data is over the threshold, the detector will alarm to remind the patient.

The research is partly supported by the Project of Tianjin Enterprise Science and Technology Commissioner to Tianjin Tianke Intelligent and Manufacture Technology Co., Ltd (19JCTPJC53700). It is also supported by the Industry-University Cooperation and Education Project (201802286009) from Ministry of Education, China. 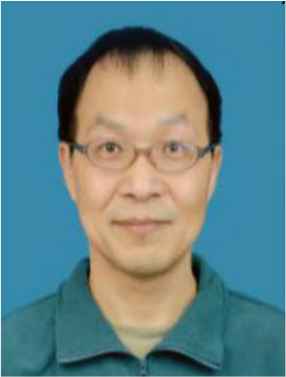 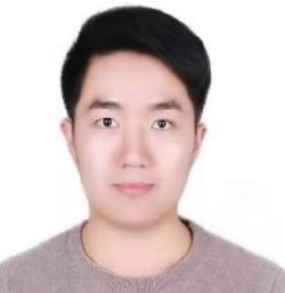 He is the second-year graduate student of Tianjin University of Science and Technology. His major is information processing and Internet of Things technology. His main research field is digital image processing. During his studies in school, he published several research papers. 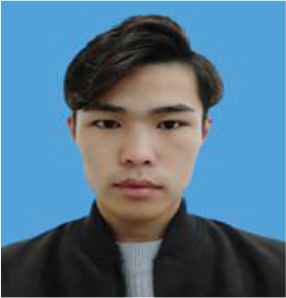 He is a second-year master candidate in Tianjin University of Science and Technology. His major is control engineering. His research is about multi-agent consensus, distributed control. 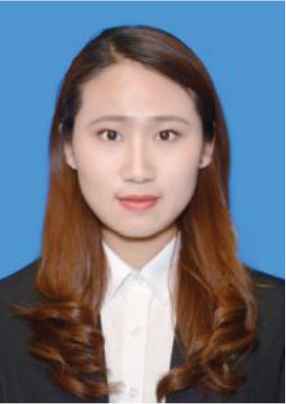 She is a second-year master candidate in Tianjin University of Science and Technology, majoring in pattern recognition, principle of automatic control, engineering mathematics and other important control disciplines. Her research area is about deep learning and image processing. During her study, she has published several research papers. 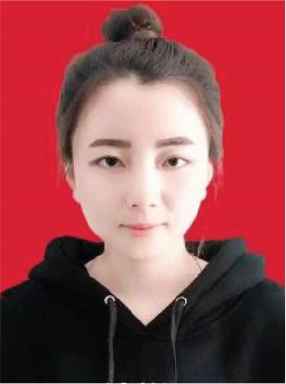