In recent years, data-driven control schemes that do not require system modeling have been actively studied. These schemes use only a set of experimental data to design a controller that realizes the desired reference output offline. However, it is necessary to consider the output response and the input response since there is a limit of the actuator performance in actual machines. This paper proposes a new data-driven control scheme that can predict the input/output responses of an unknown system in offline using a set of operating data. The effectiveness of the proposed scheme is numerically verified by a simulation example.

In industrial systems, data-driven control schemes [1–4] have been actively studied to achieve the desired control performance for the controlled system with unknown structure and parameters. These schemes use only a set of experimental data to design a controller that satisfies the desired control performance specified by the reference model offline. Generally, the reference model is designed to focus on only the output response. However, both input/output responses should be considered in designing the control system because there is a limit of the actuator performance in the actual machine. If the input response could be estimated in advance, it would be very useful in designing the reference model.

The Estimated Response Iterative Tuning (ERIT) scheme [5] has been proposed to predict the input/output response before applying the adjusted control parameters. However, this scheme can only be applied to Two-Degree-of-Freedom (2DOF) control systems. On the other hand, it is important to design One-DOF (1DOF) controller because there are also many 1DOF control systems in industries.

In this paper, the new data-driven control scheme is proposed to design a 1DOF controller considering input response for unknown structure systems. The features of the proposed scheme are as follows:

Finally, the effectiveness of the proposed scheme is verified in Section 4.

2. OVERVIEW OF THE PROPOSED SCHEME

Figure 1 shows an overview of the proposed data-driven control scheme. In the proposed scheme, the controller is designed by the following procedure:

The detailed procedure is explained in the next section.

3. DESIGN OF THE CONTROLLER

In this section, the ERIT scheme [5] is described to generate the predicted data. This scheme is theoretically only applicable to the 2DOF control system. In the proposed scheme, the ERIT scheme is utilized for only predicting the input/output data in Figure 2. Note that the controller is not designed by the ERIT scheme.

First, the initial output y0(t) is obtained in a 1DOF control system. In the case of the feedforward controller CFF(z−1) = 0 in Figure 2, y0(t) is given as follows:

Then, extending to a 2DOF control system for predicting the data, the predicted output ŷ(t) is defined as:

Consequently, the predicted data ŷ(t) can be derived offline without G(z−1) by using the initial data y0(t) by tuning CFF(z−1). û(t) can also be derived in the same procedure using u0(t) as follows:

In this section, obtaining the desired predicted data and is described by using the predicted data ŷ(t) and û(t). Specifically, and are calculated by solving the following minimization problem of the evaluation norm based on the integral of time squared absolute error scheme [6] for tuning CFF(z−1):

Firstly, r(t) − ŷ(t) in Equation (5) shows the error between the reference signal and the predicted output response. The desired predicted response is obtained by reducing it. Secondly, ∆û(t) = û(t) − û(t − 1) in Equation (5) represents the difference of input response. Therefore, a smaller value of λ increases the responsiveness and a larger value decreases the responsiveness depending on the adjustable parameter λ. Thus, the input/output responses can be easily adjusted with λ. Additionally, it is easy for the user to select the optimal and by changing λ because predicted data of unknown systems can be calculated in the ERIT scheme.

3.3. Design of Gm(z−1) based on the Desired Predicted Data

In this section, Gm(z−1) is designed based on the desired predicted data . The evaluation norm for designing Gm(z−1) is defined as follows:

Gm(z−1) is designed by minimizing Jref.

3.4. Design of a PID Controller based on the Extended Output ϕ(t)

In this section, a 1DOF controller C(z−1) is designed as an I–PD controller [7] by using the reference model Gm(z−1) that considers the input response obtained in the previous section. It is possible to design the controller by using any data-driven approach. In this paper, the Proportional-Integral-Differential (PID) control scheme based on extended output [8] is used.

I-PD controller is given as follows:

(8)
where KP, KI, and KD are the proportional gain, integral gain, and derivative gain, respectively. In this scheme, C(z−1) is designed by minimizing the following evaluation norm:
(9)
(10)
where ϵ(t) denotes the difference between the output y(t) of the closed-loop transfer function and the output Gm(z−1)ϕ(t) of the reference. C(z−1) can be designed by minimizing J.

For reasons of space, the details are omitted and refer to the PID control scheme based on extended output ϕ(t) [8].

The effectiveness of the proposed scheme is verified using numerical simulation. The controlled system is the experimental thermal equipment for simulating bag-and-bound welding owned by our laboratory. The model of the system is given as follows:

(11)
(12)
where R, H, d(t), and TS are the thermal resistance, the heat capacity, the room temperature, and the sampling time, respectively. And ξ(t) is Gaussian white noise with mean 0 and variance 0.1. The coefficients R, H were derived by system identification. Table 1 shows the value of thermal resistance R and heat capacity H.
Table 1

The proposed scheme is applied to the system. The reference signal is r(t) = 100(°C), the sampling time is TS = 0.04(s), and the room temperature is d(t) = 20(°C). In this numerical example, I–P controller was used, whose initial proportional and integral gains were set as follows:

Next, the feedforward controller was calculated by the proposed scheme as follows:

The order of the denominator was set to second-order because the low order term significantly affects the output response of the controlled system. Furthermore, the value of αi (i = 1, 2, 3) was determined by minimizing Jdes in Equation (5), for example, using the Matlab/Simulink Ver.9.8.0.1396136(R2020a), Optimization Toolbox ’fminsearch.m’.

Furthermore, Gm(z−1) was determined as follows:

Finally, the tuned proportional gain and integral gain were designed by minimizing J in Equation (9).

In this numerical example, the control results are compared by changing λ in Equation (5), and Table 2 shows the feedforward controller the reference model Gm(z−1), the tuned proportional gain and the tuned integral gain respectively in the cases of λ = 0.5 and 5.

Obtained parameters in the simulation

Figures 3 and 4 show simulation results corresponding to the cases of λ = 0.5 and 5, where y0(t) and u0(t) denote initial I/O data, and denote the desired predicted I/O data, and y1(t) and u1(t) denote I/O data given by the proposed scheme. The predicted response can be adjusted with one parameter according to λ because the responsiveness is high because λ = 0.5 in Figure 3, and the responsiveness is low because λ = 5 in Figure 4.

In this paper, the new data-driven control scheme has been proposed to design a 1DOF by considering input response for unknown structure systems. The effectiveness has been numerically verified by the simulation example. It is possible to predict the appropriate amount of input response to correspond the performance of the actuator by predicting the input in advance. In the future, the scheme how to choose λ and the controller design considering the input saturation will be studied. 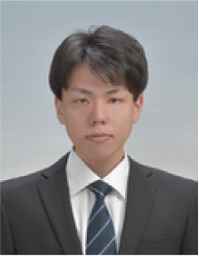 He received his B. Eng., M. Eng. and D. Eng. from Hiroshima University in Japan in 2013, 2015 and 2017, respectively. He was postdoctoral fellow of JSPS (Japan Society for the Promotion of Science) in 2017. He is currently an Assistant Professor with the Department of Graduate School of Advanced Science and Engineering, Hiroshima University, Japan. His research interests are performance-driven control.

He received the B. Eng. and M. Eng. degrees from Tokushima University, Tokumshima, Japan, in 1984 and 1987, respectively, and the D. Eng. degree from Osaka University, Osaka, Japan, in 1994. He is currently a Professor with the Graduate School of Advanced Science and Engineering, Hiroshima University, Japan. He was a Visiting Researcher with the Department of Mathematical Engineering and Information Physics, University of Tokyo, Tokyo, Japan, in 1991. He was an Overseas Research Fellow of the Japan Society for Promotion of Science with the University of Alberta for 6 months in 2006. His current research interests are in the area of data-driven control, and process control. He was the recipient of the Commendation for Science and Technology by the Minister of Education, Culture, Sports and Technology in 2009.