Solid waste is inextricably related to industrial growth and urbanization. Countries’ economic prosperity rises as they urbanize. Consumption of goods and services rises in tandem with the levels of life and disposable incomes, resulting in an increase in waste generation. According to Karak et al. [1], nearly 1.3 billion tons of Municipal Solid Waste (MSW) are produced globally per year, or 1.2 kg each capita per day. The real per capita figures, on the other hand, are extremely volatile, as waste generation rates vary greatly across nations, cities, and also within cities. Solid waste is traditionally thought of as a ‘urban’ epidemic. Rural people, on average, are wealthier, consume less store-bought goods, and reuse and recycle more. As a result, waste production rates in rural areas are much smaller. More than half of the world’s population now lives in cities, and the pace of urbanization is rapidly growing. By 2050 [2], as many people will live in cities as the population of the whole world in 2000. This will add challenges to waste disposal. People and companies would almost definitely have to take on greater responsibility for waste generation and disposal, especially in terms of product design and waste separation. A stronger focus on ‘urban extraction’ is also expected to arise, as cities are the largest supplier of resources like metal and paper. Tons of waste are created every day, creating a major problem for various cities and municipal authorities due to a lack of landfill capacity to dispose of such waste. Toxic hazard materials in the waste cause health concerns as well as environmental harm. Due to a lack of landfill space and environmental pollution, as well as its economic effects, recycling has become a major problem [3].

The methods from neural networks [4] and other classification methods [5], tree classifier, and quadratic discriminant analysis [3], with optical sensors and controller [6], with image processing software capability [7,8] can provide a promising results for paper and plastic sorting for waste management using artificial intelligence. Hence, for many artificial intelligence methods, the optimized features need to be identified, to ensure correct classification of the mixed waste.

In this study, 320 sample images were taken for seven different dry waste garbage classes. The features data was extracted from greyscale, segmented greyscale images and binarized image of the captured RGB images using Matlab2019b. Table 1 dataset used for training in each class.

From the observation of mixed waste classes which consist of crumble (paper/plastic), flat (paper/plastic), tin can, bottle (plastic/glass), cup (paper/plastic), plastic box and paper box, the following 40 features have been selected for the class of interest as shown in Table 2 which extracted from Figure 1 via image processing method.

Table 3 shows the types of classifiers used with respect to their specifications. Figure 4 shows the block diagram for training of the developed system.

There are several stages of feature selections carried out from this study. The first stage, all 40 features are used. However, accuracy of the 40 features during training was less than 77.8%. To address the shortcoming, several tests were conducted and number of redundant features which contribute less and reduced the percentage rate of the training were removed from the list.

In the second stage, 20 features were selected from the 40 features. After many features tuning and combination, it was observed that F1–F5, F7, F8, F10, F14, F30–F35, F37–F40 were insignificant and did not contribute to the classification process. These features were removed which then contributed to mean of 79.12%

In the fourth stage, F9 and F11 were removed. F12, F13, F15–F24, F26–F28 were maintained. However, the accuracy was severely impacted with average results lest than 80%. Figure 5 summed up the performance with respect to features selections stages.

The training accuracy for respective classifiers with respect to 40, 20, 17 and 15 features are shown in Table 4. For Q.SVM, C.SVM, Fine KNN, E. Boosted Trees and E. Bagged Trees have consistent higher accuracy for 17 features. The results verified that the 17 features gave good characteristic of the waste, therefore proves that good features will always provide higher accuracy. The best performance classifier with 17 features was Q.SVM which has accuracy of 90.69%.

Training accuracy for multiple classifiers for 40, 20, 17 and 15 features

He received his B.E. in Electronics from Dawood University of Engineering and Technology, Pakistan in 2009. He is currently submitted his Master of Engineering Science with University of Malaya, Malaysia. From 2015 to 2020, he has been as Head of Department (Mechatronics) at MIT Academy Sdn. Bhd. His research interests include automation, image processing, machine learning, and artificial intelligence. 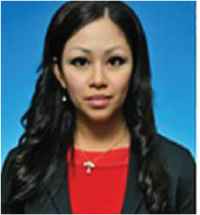 She received the B. Eng. degree in Electrical Engineering from University of Malaya in 2000. After working two years with the International Telecommunication Industry with attachment at Echo Broadband GmbH, she managed to secure a Panasonic Scholarship which required intensive screening at the national level in 2002. She finished her Master of Engineering (Oita, Japan) under financial support received from Panasonic Scholarship in 2006. Consequently, she was appointed as a lecturer to serve the Department of Electrical Engineering, University of Malaya immediately after graduating with her Master of Engineering. As part of her career development, she received a SLAB/SLAI scholarship to attain her PhD in 2012. Her research interests are signal processing and human machine interface. 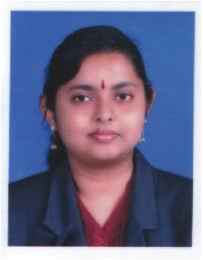 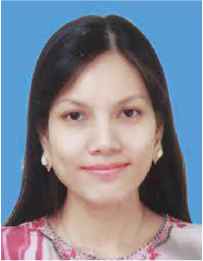 She received PhD in computer engineering at Universiti Teknologi Malaysia (UTM). She received the B. Eng (Hons) Electrical and Electronics Engineering from Universiti Tenaga Nasional, Malaysia, in 2007 and Masters degree in computer engineering from Royal Melbourne Institute of Technology, Australia, in 2009. She is currently a Senior Lecturer from University of Malaya. Her current interests include pattern recognition, image analysis, and artificial intelligence. 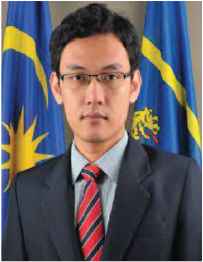 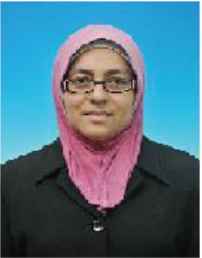 He (SM’01) received the B.Sc. and M.Sc. degrees in electrical engineering from South Dakota State University, Brookings, SD, USA, in 1984 and 1985, respectively, and the PhD degree from the University of Tokushima, Japan, in 1994. He was a Systems Designer with Daktronics, USA. He joined the Department of Electrical Engineering, University of Malaya, Kuala Lumpur, in 1986, as a Lecturer. In 1992, he received a Ronpaku Scholarship from Japan. He was promoted to Associate Professor in 1995, then was promoted to Professor in 2003. His research areas include image and video analysis, formulation of new image descriptors for image analysis, fast computation of orthogonal moments, analysis of EEG signals, and data modeling of substance concentration acquired from non-invasive methods. His contributions can be seen in the form of journal publications, conference proceedings, chapters in books and an international patent to predict blood glucose levels using non-parametric model. He has successfully supervised to completion 14 PhD students and 12 students in M. Eng. Sc. (Masters by research). He is currently a member of the Signal Processing Society.