Study on Evaluating the EMI Filter for Electronic Communication Fans

The electronic communication fan combines the frequency conversion function, and the power transistors for frequency modulation to achieve speed control. Because of the higher speed, the motor output efficiency is improved. The Single-Phase BLDC motor system is driven by an AC power supply. A DC motor is used for this system, so the friction loss is reduced. The advantages of AC and DC fans are combined to improve the efficiency and life of the electronic commutation fan. Figure 1 shows the circuit topology of a commercial electronic commutation fan. Several switch devices were switched at high speed, and the voltage and current are changed at the same time. The result not only causes more serious electromagnetic interference problems [1,2] but also affects the electromagnetic tolerance of the internal controller. Therefore, the production design has to be considered for passing relevant electromagnetic compatibility certification.

To measure the noise values of the live wire (Line, L) and the neutral wire (Neutral, N) after a connection of the line impedance stabilization network (LISN). The measured results are shown in Figures 2 and 3. Observing the two figures, it can be seen that the test value without any filter and other countermeasures far exceeds the standard limit value.

According to the above section, the noise measurement of the EUT was received through the antenna under two different polarities, vertical and polar. The actual test diagrams are shown in Figures 4 and 5. It can also be seen that the noise radiated through space is very serious.

3.3. The Suppression Strategy for Conduction EMI and Radiation EMI

Conducted EMI is mainly used to measure the noise transmitted by the power line through LISN, so the main suppression method is to add an EMI filter to the power line [5]. However, it can be seen that a multi-stage filter with grounding is required to have a wider suppression range from Figure 2. In this paper, the space of the DUT is limited, and there is no ground wire architecture. The input EMI filter architecture of the electronic commutation fan systems is show in Figure 6. The differential mode inductance is 100 µH, the X capacitor is 0.1 µF, and the common-mode inductance is 20 mH.

With the advantage of digital control, Spread Spectrum [6–9] is added to suppress the interference problem caused by the main operating frequency.

where N is the harmonic number

Figures 7 and 8 show the actual test patterns after adding the input EMI filter and other countermeasures to the EUT internal circuit.

To solve the radiation problem between the circuit output and the motor, an output EMI filter design is required for the electronic commutation fan systems. The common-mode inductance is 0.95 mH and the X capacitor is 4700 pF. Both the useful safety certified components, as shown in Figure 9.

The proposed EUT has two types, namely plastic fan blades and metal fan blades. Among them, the series of metal fan blades have the most serious radiated EMI problem. The noise generated by the drive motor will provide a path to the metal fan blade through the metal shaft, which results in a serious antenna effect. Therefore, an insulating part will be added to the mechanism part, as shown in Figure 10, which not only saves the cost of motor manufacturing but also solves the problem of radiated EMI. Figures 11 and 12 show the actual test patterns after EUT suppression.

This paper has proposed an electronic commutation fan to perform the practical electromagnetic interference certification process for the EUT. The suppression of conductive EMI and radiate EMI was discussed, and a digital control system was designed to reduce the EMI filter components in this research. Meanwhile, the proposed system combines the proper mechanism to solve the problem of serious radiated EMI caused by the system operating without grounding. This method can not only be applied for this product, but also other relative products producing a similar effect. The saving of time and cost will be implemented after a successful certification of the subsequent relative products. 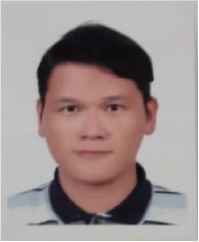 He received a PhD degree in Electronics Engineering from the National Taiwan University of Science and Technology, Taiwan, in 2013. Since 2017, he has been an Associate Professor at Computer Science and Information Engineering, Formosa University, Taiwan. His research interests include Power Electronics, Digital Control, IoT Applications, and Robot Applications. 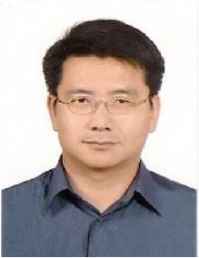 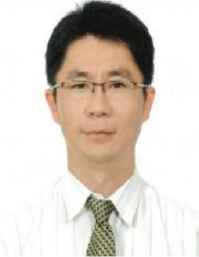 He received the PhD degree in Electrical Engineering from National Taiwan University in 2006. Currently, he is a Professor in National Yunlin University of Science & Technology. His research interests include IoT, IIoT, Power Electronics, Motor Control, and AI Application. 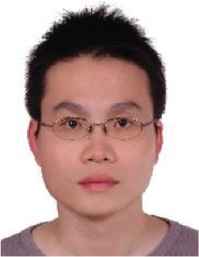