Cost-oriented Planning for Error Recovery in an Automation Plant

In an automation plant, errors are more likely to occur during complicated tasks. In the case of a major error, the task is commonly re-executed after returning to the previous step. Therefore, deciding both the prior step that should be returned to and the recovery approach after return are important problems to consider. In this paper, cost-oriented planning of error recovery taking these two factors into account is proposed.

In recent years, the automation of production plants has become a popular phenomenon. As high-mix low volume production is increasing, production methods differ from those in the case of large-scale mass production of the same products, and this has resulted in an increase in the cases of manufacturing process failure. Thus, the development of techniques to recover the processes is considered important.

Various studies on error recovery have been conducted in the manufacturing and robot research fields [1–6]. While several studies have been conducted on techniques to add a correction to the input of plants with a small error and perform recovery, there has been insufficient research on methods to return to the previous step of failure occurrence in order to perform recovery.

In this study, we investigate returning to a previous step for error recovery. We have considered methods of error recovery using task stratification and error classification [7–9]. In particular, we have shown techniques of plant correction which are performed using an error cause derived by the proposed method, and a method of planning for error recovery in consideration of cost has been proposed. When deriving the recovery process, multiple possible courses appear in several cases; in our method, the most suitable course is chosen by considering the cost of error recovery.

The remainder of this paper is organized as follows. The concept of skill is described in Section 2. The technique of failure recovery using error classification is explained in Section 3. A method of cost-oriented planning for error recovery is proposed in Section 4. Finally, in Section 5, a simple sample is shown using error occurrences in an assembly task.

In this paper, a “skill” implies the unit of motion. This section explains skills which are components of human behavior and machine motion [10–12].

We have derived the motion primitives which constitute tasks such as assembly and transport by analyzing a person’s behavior. The motion unit is defined as a “skill” [10–12]. Three basic skills, “move-to-touch,” “rotate-to-level,” and “rotate-to-insert,” are important (Figure 1). The representative person’s behavior can be composed of these three basic skills and similar ones. The units of machine motion can be considered to be similar to the rudiments of human behavior.

In general, it is possible to regard a task performed by a machine as following a hierarchical structure (Figure 2) [10–12]. One tier above the layer “task(i)” is the layer “task(i+1)”. The “skill” layer is located in the lowest layer, “task(0)”.

In the actual environment, unlike the ideal case, various factors can cause errors in machine performance. This section describes an error classification concept and our error recovery technique [7–9].

Errors can be classified into several groups based on the possible causes. We consider four error groups: execution, planning, modeling, and sensing (Figure 3) [7–9].

3.2. Error Recovery based on Classification

First, when the error occurs, the cause is estimated. Next, suitable correction of the system is performed based on the tentative cause. The process returns to the previous step, and the task is executed again from this step (Figure 3) [7–9]. The same error is less likely to occur because the corrected process has been executed.

In the previous section, it was shown that the step to which the process returns after failure occurrences alters according to the scale of the error. However, it is possible to return further back than a single step of necessity minimum.

Figure 5 shows various possible error recovery processes for failure occurrences at Subtaskm in Task T [from Start S to Goal G], where Task T consists of sequence [Subtask1, Subtask2, Subtask3, ..., Subtaskm, ..., Subtaskn] and Subtaskk (k = 1, 2, 3, ..., n) consists of sequence [Skillk1, Skill k2, Skill k3, ..., Skill kn_k(max)]. Subtaskm indicates the minimum traceable unit described in Nakamura et al. [8], i.e., the smallest unit in which it is necessary to return to the first node of a skill primitive sequence if a failure occurs. A skill where a failure occurs is part of the sequence [Skill m1, Skill m2, Skill m3, ..., Skill mn_k(max)]. When no problems are encountered, there is possibility that the execution of several skills has continued within Subtaskm, without returning to the previous step immediately after the failure occurrence.

When the process returns to the node before Subtaskj (j is one of 1, 2, 3, …, m), the process [Subtaskj, Subtaskj+1, ..., Subtaskn] is executed in the corrected system (the center bold arrows of Figure 5). However, re-execution using the same sequence of subtasks is not generally possible owing to several factors such as the transformation of the target object and the change of arrangement of the objects. In such a case, the rerun is performed by using an equivalent task of the original sequence of subtasks (the right-side arrows of Figure 5). The equivalent task is derived by large-scale re-planning.

4.2. Selection of the Lowest-cost Process

It is necessary to select one out of the multiple possible error recovery processes. Let us consider that it is most suitable to choose the process with minimum practical costs, where costs include material charges, parts charges, electricity bills, and planning expenses. If failure occurs, error recovery is planned, several task sequences for recovery are derived, these costs are calculated, and the most suitable recovery sequence is then chosen.

In this section, the cost-oriented error recovery discussed in Section 4 is observed through a simple sample exercise.

Next, we will consider an error, as shown in Figure 7, in which a precision screw is dropped when a failure occurs at Figure 6h. It is possible to derive various processes for error recovery of this failure. In this example, we consider three types of recovery courses as follows.

5.2. Selection of Recovery Process based on Cost

Next, the calculation of cost is performed for each recovery process. We consider three types of cost: recovery planning cost C(R), object searching cost C(S), and parts purchasing cost C(P). Here, a unit of cost is introduced for simplification; we assume that the fixed number “U” indicates a unit of cost. However, in practical terms, the cost cannot always be related to a fixed value.

The following relation is derived from Equations (1) by (5).

Thus, TC [ER-II (N)] will have the smallest price, indicating that the case of [ER-II] Error Recovery II with use of a new screw instead of the dropped screw has the lowest cost.

In this study, a cost-oriented planning for error recovery was proposed. In general, more than one sequence is derived when process of error recovery is considered. This paper explains the method of selection from the multiple possible courses. In our method, the most suitable sequence is chosen based on cost.

In the future, we expect to conduct further research on the derivation of the error recovery process. A selection method besides the cost will be considered, such as working hours and available tools, which are important in automation plants. 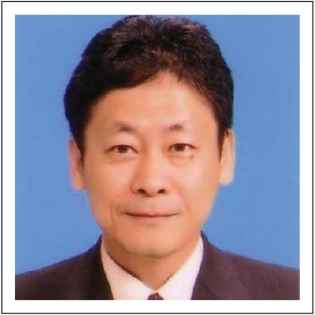 He received the PhD degree in Electrical Engineering from Keio University in 1991. He is currently a research staff at National Institute of Advanced Industrial Science and Technology (AIST). His research interests include robot planning, vision and control system.

She received the PhD degree from the University of Tokyo in 2007. She is currently a Senior Research Scientist with Artificial Intelligence Research Center of Advanced Industrial Science and Technology (AIST). 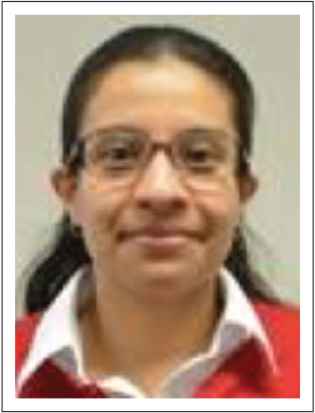 She received her PhD degree in Mechanical Engineering from the Graduate School of Engineering, Osaka University, Japan, in 2013. Since 2019, she has been working as a senior researcher at the Artificial Intelligence Research Center of AIST. Her research interests include robot learning from demonstration, robotic manipulation and human-robot collaboration. She is a member of IEEE and RAS. 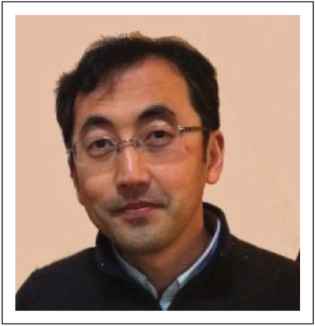 He received his Doctoral degrees in Mechanical Engineering from Kyoto University in 1997. From 2016, he has been working as a Professor at Graduate School of Engineering Science, Osaka University. He received his PhD degree from Hokkaido University in 2014. He is currently a team leader with Artificial Intelligent Research Center (AIRC), National Institute of Advanced Industrial Science and Technology (AIST).