The dynamical property of the heart bioelectrical system is closely associated with cardiac diseases. For this reason, there is a growing interest in the development of system analysis for studying the cardiac signaling network. In this article, extracellular potentials of cardiac muscle cells were measured on an array of microelectrodes using Thin-Film-Transistor (TFT) technology, and electrophysiological data was analyzed using a spike sorting technique. This study shows the possibility of extracting useful bioelectrical information from the extracellular signals recorded by TFT arrays.

Cardiomyocytes are primary muscle cells derived from heart tissue that can generate and conduct bioelectrical signals for cardiac contraction and blood flow. Thus, a problem occurring in the cellular bioelectrical network can range from minor to fatal inconvenience [1]. The cells can retain their physiological functions and thus provide a useful in vitro model to look at the beating rate, the duration and the shape of the field potential. In vitro research of the general behavior of cardiomyocytes can help to understand arrhythmia, long Q-T syndrome, and cardiotoxicity. As a result, in vitro study of cardiomyocytes represents a valuable tool for drug discovery and disease modeling.

In light of this problem, this paper proposes a spike sorting algorithm for the analysis of cardiac extracellular potentials measured on an array of microelectrodes using a new Thin-Film-Transistor (TFT) sensor array developed by Sharp Corporation. Measurement of neuronal potentials was already demonstrated with TFT arrays [2]. The data flow generated by large arrays must be compressed to envision compact data acquisition systems. Hence, the electrical signals have been analyzed using a MATLAB program developed for biosignal processing. The recorded signals were filtered for the detection of spikes, which were then grouped into clusters according to their similar features. Through this analysis, the experiments demonstrated the possibility of obtaining accurate spike sorting of extracellular recordings on TFT arrays. Future implementation of the program in Field Programmable Gate Array (FPGA) will allow real-time analysis for automatic cell stimulation with a closed-loop system.

Thin-film-transistor arrays were used for in vitro recording of extracellular signals from cardiomyocytes. TFT technology is well-known for Liquid Crystal Display in appliances including television sets, computer monitors, or mobile phones. Here, TFT technology is used for biological applications [3].

Extracellular signals of cardiomyocytes were measured using a Multi-Channel Measurement System and optical observations were performed simultaneously with an inverted microscope. Figure 1 describes the working principle of TFT arrays and the experimental setup.

Cardiomyocytes were dissociated into single-cell suspension from neonatal mice hearts by combining mechanical dissociation with enzymatic degradation of the extracellular matrix, which maintains the structural integrity of tissues.

The neonatal hearts were enzymatically digested using the neonatal heart dissociation kit for mouse from Miltenyi Biotec (GmbH, Bergisch Gladbach, Germany) and gentleMACS™ Dissociator was used for the mechanical dissociation steps. After dissociation, the sample was filtered to remove any remaining larger particles from the single-cell suspension. Finally, red blood cells were lysed and cardiomyocytes were resuspended with appropriate cell culture medium.

Cardiomyocytes were finally cultured for 3 days on the TFT array devices without surface treatment.

Embedded signal processing is an essential step in the development of recording instrumentation. Here, a spike sorting algorithm was used for electrophysiological data analysis. This data processing technique consists in identifying the spiking activities of cells that contribute to the signal recorded by each microelectrode [4]. The identified basic functions are: (1) bandwidth reduction for selective band amplification and noise reduction; (2) discrimination threshold computation; (3) detection and alignment of biological spike signals; (4) extraction of spike shape features; and finally (5) spike clustering. Those functions are depicted in Figure 2.

In this study, extracellular potentials of cardiomyocytes were recorded on an array of 28 × 28 microelectrodes. The measured noise level was approximately ±50 µV. Extracellular recordings of cardiomyocyte cultures was confirmed by optical visualization of cell contraction using an inverted microscope (Figure 3). Here, a line of four microelectrodes was selected and data was extracted for the ensuing processing of the bioelectrical signals.

Bioelectrical signal processing of extracellular signals acquired by TFT arrays was performed. This technique provided valuable information about the characteristics of spontaneous bioelectrical signals in cardiomyocyte networks. In this paper, electrophysiological data of a decrease in temperature was analyzed.

Filtering of raw data was performed for noise reduction by removing undesired signals according to their frequency. To detect cardiomyocyte electrical activity, signals were band-pass filtered with cut-off frequencies at 200 and 3000 Hz. The sampling rate of the recorded data was 10 kHz. Figure 4 shows an example of raw and filtered data.

A predefined threshold was used for distinguishing extracellular potentials of cardiomyocytes from background noise. For each microelectrode, spikes were then detected and aligned with respect to the maximum of their absolute value, as shown in Figure 5.

Spike intervals were then classified. Figure 6 shows the histograms that display the number of spikes according to their time intervals on one electrode at two temperatures.

Finally, Principal Component Analysis (PCA) was used for parameters extraction, such as the amplitude or spike width, and data dimension reduction. In this analysis, each spike became a point in a three-dimension space. As a result, spikes were divided into clusters in such a way that the spikes in the same cluster are more similar to each other than to those in other clusters (Figure 7).

Analysis of electrophysiological data with a spike sorting program allowed the extraction of useful information about spontaneous bioelectrical signals in cardiomyocyte networks recorded by TFT sensor arrays. The shape of the extracellular potentials is similar to what we can obtain with other Micro Electrode Arrays (MEA). Decrease of the beating rate with temperature (from +37°C to room temperature) was observed optically during the data acquisition with a system from Multi Channel Systems (MCS) (GmbH, Reutlingen, Germany). This observation was confirmed by the program with a decrease rate of around −6.5 beats per minute/°C. A possible explanation would be that the temperature drop depresses the speed of ion exchange, as it increases the permeability of the membrane to ions. A modification of the signal peak-to-peak voltage amplitude was also observed as a result of decrease in temperature, with a shift from ±300 to ±200 µV. The program could also successfully distinguish spikes and divide them into different clusters. A spike raster plot available in the program (not shown here) also revealed the spike synchronicity of extracellular signals recorded on each microelectrode. This observation confirmed the synchronicity of the bioelectrical conduction among the network of cardiomyocytes, which was also observed experimentally under microscope.

In this paper, a spike sorting algorithm for electrophysiological data processing was successfully used for analysis of spontaneous electrical signals generated by a network of cardiomyocytes measured by TFT sensor arrays. As this program was written for future operation with a FPGA, a closed-loop for automatic cell stimulation with real-time analysis could be implemented. Combining this technique with deep-learning algorithms [5] could conjointly allow in vitro identification of abnormal functional behaviors of cardiac biosignaling networks and provide a powerful tool for drug screening.

She received a M.Eng. in Biosciences and M.S. degree in Material Sciences from University Paris XII, France, in 2014. Since 2018, she is pursuing the PhD degree in Advanced Interdisciplinary Studies with the RCAST at The University of Tokyo, Japan. Her research interests include Bio-Microsystems and Bioelectricity. 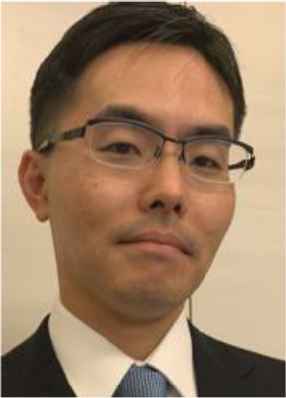 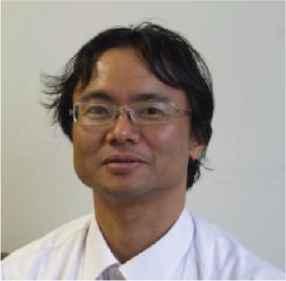 He received his B.E. degree from the Department of Metallurgy, The University of Tokyo, Japan, in 1990. Since 2003, he has been working on liquid crystal in Sharp Corporation, Japan, and joined the Institute of Industrial Science, The University of Tokyo, as a Private Sector Collaborative Researcher from Sharp Corporation in 2012. His research interests include thin film transistors and their application in MEMS. 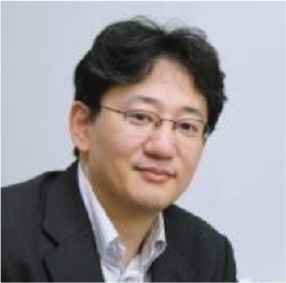 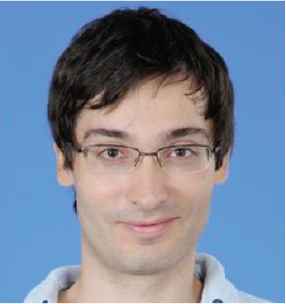 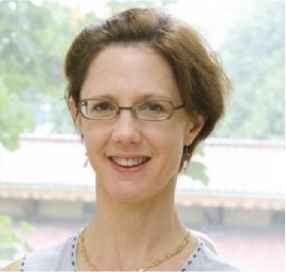 She received the PhD degree at the University of Lille I, France, in 1998. She has been affiliated to the RCAST and the IIS at The University of Tokyo, as an Associate Professor since 2010. Her research interests include integrated sensor-array devices for biological applications based on CMOS and TFT technologies.