Speech Synthesis of Emotions in a Sentence using Vowel Features

We previously proposed a method for adding emotions to synthetic speech using the vowel features of a speaker. For the initial investigation in this earlier study, we used utterances of Japanese names to demonstrate the method. In the present study, we use the proposed method to construct emotional synthetic speech for a sentence formed from the emotional speech of a single male subject and produce results that are discriminable with good accuracy.

Recently, methods for adding emotions to synthetic speech have received considerable attention in the field of speech synthesis research [1–8]. To generate emotional synthetic speech, it is necessary to control the prosodic features of the utterances. Natural language is mainly composed of vowels and consonants. The Japanese language has five vowels. A vowel has a more dominant impact on the listener’s impression than does a consonant, primarily because a vowel has a longer utterance time and larger amplitude in comparison to a consonant. We previously proposed a case-based method for generating emotional synthetic speech by exploiting the characteristics of maximum amplitude and utterance time for vowels, as obtained by using a speech recognition system, together with the fundamental frequency of emotional speech [9].

In the present study, we apply our previously proposed method [10] to creating emotional synthetic speech in sentence form, with new treatments for (1) smoothing the fundamental frequencies of sequential vowels and (2) suitably jointing the synthetic phonemes.

In the first stage, we obtain audio data for emotional speech recorded as a WAV file. The subject is asked to speak in a way that reflects various emotional states: “angry,” “happy,” “neutral,” “sad,” and “surprised.” Then, for each type of emotional speech, we measure the time of each vowel utterance and the value of the maximum amplitude of the waveform while the vowel is being spoken, as well as the fundamental frequency of the emotional speech [10].

In the second stage, we synthesize the phoneme sequence uttered by the subject. This stage consists of the following seven steps:

Step 4: For a vowel with a consonant appearing just before it in the synthetic speech obtained by the processing conducted up through Step 3, the fundamental frequency is transformed into the average of three values of the sequential vowels that include it. For the first or last vowel in the sentence, two sets of fundamental frequencies are used for averaging.

If no consonant appears before a vowel, the process described in Steps 1 through 6 applies only to the vowel.

We used the speech recognition system known as Julius [11] to recognize the vowels and save the time position of the start and end of the vowels in each utterance. One male subject (Subject A) in his 50s was asked to speak the Japanese first names listed in Table 1 in a way that reflected various emotional states: “angry,” “happy,” “neutral,” “sad,” and “surprised.” The audio data were recorded as WAV files. In preparation for generating the emotional synthetic speech, we measured the utterance time of the vowel, the maximum amplitude of the waveform, and the fundamental frequency while the vowel was being spoken. Tables 2–4 show the phonation time average, the maximum amplitude average, and the fundamental frequency average, respectively, for each first vowel in each Japanese name in each emotion category as spoken by Subject A.

Voice Sommelier Neo (premium version; Hitachi Business Solution Co., Ltd., Yokohama, Japan) [12] was used as the speech synthesizer for each of the steps described in Section 2. In applying the method, the Male 1 (bright voice) mode in Voice Sommelier Neo was used. To convert the amplitude of each vowel and consonant described in Step 5 in Section 2, a digital audio editor was used. The method [13] using resampling was then used in Step 6 of Section 2.

To enable comparisons, subject A was asked to speak the sentence, ‘このぬいぐるみかわいくない’ (in Japanese), which means, ‘This stuffed toy is pretty, isn’t it?” in a way that reflected each of the intentional emotions. (“Surprised” was not included here, as it was difficult to express in the sentence.) We used the recorded utterances as “emotional speech.” We then generated synthetic speech for the same sentence (‘このぬいぐるみかわいくない’) using the method described in Section 2.

In all, 13 subjects participated in the experiment. These included one male in his 60s, one male in his 50s, one male in his 30s, five males in their 20s, and five females in their 20s. Each of the 13 subjects was asked to judge the emotional state of the speaker (angry, happy, neutral, sad) after listening to four utterances, one at a time, in the following order: the emotional speech by Subject A, the emotional synthetic speech. The 13 subjects were also asked which features were very important in judging the emotion of the sentence. There were seven choices available: three prosodic features, (1) utterance length, (2) height, and (3) volume; and four in-sentence positional features, (4) top, (5) middle, (6) last, and (7) total. For the three prosodic features, multiple answers were allowed, while only one answer was allowed for in-sentence positional features.

Results of the subjective evaluation for “Taro” [10]

Results of the subjective evaluation for “Hiroko” [10]

A comparison of the combined 83.9% average accuracy reported for the emotional synthetic speech categorizations in the previous study (Tables 7 and 8) [10] and the lower 78.9% average accuracy in the present study [Table 5 (2)] suggests that it may be more difficult to effectively generate emotional synthetic speech in a sentence rather than for a first name (It should be noted that there were four emotion categories in the more recent experiment versus five in the previous study [10]. As mentioned earlier, “surprised” was omitted in the current study.).

Recently, methods for adding emotion to synthetic speech have received considerable attention in speech synthesis research. We had previously proposed a method for speech synthesis with emotions using the vowel features of a speaker [10]. In the present study, we used the proposed method [10] to create emotional synthetic speech in a sentence based on the emotional speech of an individual and found that the results were discriminable with a good accuracy.

We would like to thank all those who participated in the experiments described here. 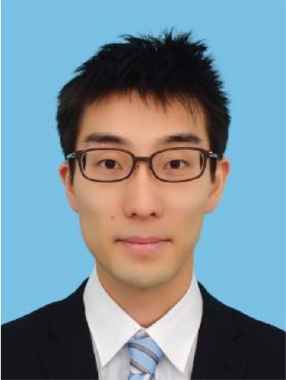 He received his B.S. degree from Kyoto Prefectural University in 2018. He works at SoftBank Corp. 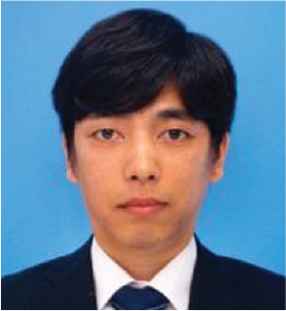 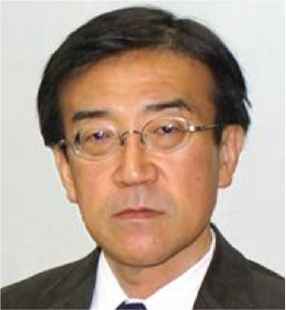 He received his B.E, M.E. and PhD degrees from Kyoto University in 1980, 1982 and 1991, respectively. He works as a Professor at the Graduate School of Life and Environmental Sciences of Kyoto Prefectural University. His specialties are applied mathematics and physics, informatics environment, intelligent informatics. He is a member of IEEE, HIS, ORSJ, IPSJ, IEICE, SSJ, JMTA and IIEEJ. 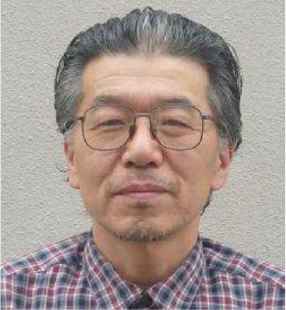 He received his M.S. and PhD degrees from Kobe University in 1985 and 1988 respectively. From June 1992 to March 2003, he had worked in Miyazaki University. Since April 2003, he has been in Kyoto Prefectural University. He works as a Professor at the Graduate School of Life and Environmental Sciences of Kyoto Prefectural University. His current research interests are machine learning, computer vision and natural language processing. He is a member of IPSJ, IEICE and RSJ.