The purpose of this research is to compare the production efficiency of single and double arm robot. This research determines which robot is suitable for an assembly cell production, a single arm robot or a double arm robot. First, we develop the system to use a double arm robot to determine the best parts location by Genetic Algorithm (GA). The system consists of two modules, the conditions module and GA module. The conditions module reads work data for robot and sets up various parameters required for GA. The GA module decides the efficient arrangement place of parts, jigs and robot hands by GA and outputs the acquired arrangement visual images. Next, we use a single arm robot at the same parts location and compare the working time with a double arm robot. Finally, we conclude which robot is suitable for an assembly cell judging from the results of a total robot working time.

In recent years, it has been demanded to produce a large quantity of products in a short time at the production site. Automations of the assembling works by robots has been also carried out. When developing an automatic assembly machine including robots, the production efficiency depends on the arrangement of each unit of the assembly machine. However, in many factories, the placement of units is based on the experienced engineers. It remains questionable whether the determined placement by the experienced engineers is really efficient. In this research, the layout decision system that assists unit layout determinations of an efficient cell type assembly machine is developed by using Genetic Algorithm (GA) [1]. The system compares the production efficiency of a single and a double arm robot and determines which robot is suitable for the assembly job.

As shown in Figures 1 and 2, the cell type assembly machine to be used in this research has a configuration in which an assembly machine is arranged at the center, a work stand at the front and assembly units on the periphery. After each arm chucks the needed unit, the arm carries it to the workbench to assemble the parts. In the research, approach 1, approach 2 and the chuck position of the robot arm movement route are defined as the three points that exist on the arm moving route as follows:

As shown in Figure 3, the arm passes from approach 2 to approach 1 and arrives at the chuck position.

The procedure of the condition creation module is as follows:

Using the results of the double arm robot above mentioned, the single arm robot performs the same work above. The single arm robot is set with the same conditions such as the arrangement coordinates and the work process and arm speeds. As shown in Figure 2, the robot arm approach speeds are changed. Table 1 shows the both robot speed.

Next, Tables 2 and 3 show the position data and placeable area data of both robot.

Placement area of each unit

Simulations were carried out ten times in each of the three systems. The results of the simulations are described below.

Figure 7 shows the output drawing of the unit arrangement with the highest efficiency. Table 4 shows the best position of units.

Table 5 shows both the simulation and the average times.

The layout decision system developed in the research is the system to improve design and production efficiency by automating the unit arrangement determinations of a cell type assembly machine by GA. The system compares the production efficiency of a single and a double arm robot and determines which robot is suitable for assembly.

It is ascertained that the developed system is more useful to use a double arm robot with this equipment. 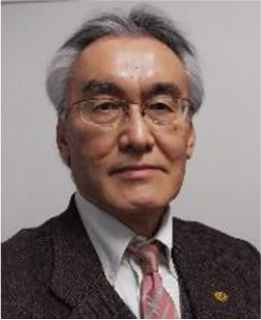 He received his B.S., M.A. and PhD from Nagoya Institute of Technology. After 13 years of developing production lines for automotive parts at Toyota Industrial Corporation, he moved to Wakayama University in 1991 and Gifu University in 2000. He is currently a Professor in Department of Mechanical Engineering. His fields of interest are production systems, intelligent systems, knowledge learning and cyber physical factory. He is the fellow of the Japan Society of Mechanical Engineer. 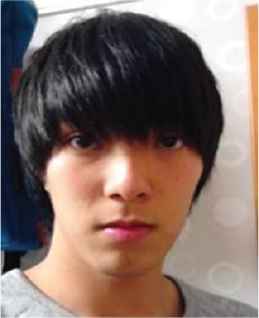 He received his B.S. in Mechanical Enginering and M.S. in Intelligent Mechanichal Engineering from Gifu University. He joined Mitsubishi Automotive Engineering Co., Ltd. in 2020.