Quadrotor is a type of unmanned aerial vehicle that has been widely used in many applications, such as, policing, surveillance, aerial photography and agriculture. Conventionally, the control of quadrotor flight direction is accomplished by varying speeds of rotors or manipulating torques. In this paper, a novel mechanism is proposed. The mechanism uses stepper rotors to control the arm length for changing flight directions, while maintaining rotors’ speed at constant. This can be achieved using a mathematical analysis of relation between quadrotor arm length and moment of bending of various position of rotor. Analysis and simulation results have shown the change in arm length required to produce moment of bending for hovering, roll and pitch motion. Experimental results have shown that the new mechanism is able to carry more payloads which the rotor speed can be utilized fully at 100% while the flight direction is been controlled by changing of the arm length compared to conventional flight control mechanisms.

UAV is a short name for “Unmanned Aerial Vehicle” defined as aircrafts without the onboard presence of pilots [1]. UAV is commonly used in military and police forces in situations where the risk in sending a human piloted air craft is unacceptable. In many developed countries, UAV is also used to perform tasks, for example intelligence, surveillance, and reconnaissance missions. Small UAVs can also be used for entertainment industry, such as, aerial filming, aerial photography and others. Most of the UAVs are made in quadrotor due to its easy to design, small rotors, and excellent manoeuvrability [2]. The study requires analyzing the relationship between UAV’s rotor support bar length and the UAV control systems. Quadrotor is a type of UAV that is lifted and propel by four rotors. The propellers are connected with two pairs of support bars. The flight direction of quadrotor can be controlled by increasing or decreasing the speed of rotors [3,4]. Predicting the motion of manipulators are based on an artificial neural network [5–10].

Larger rotor required quite high current, which are difficult to control using current or voltage regulating circuitry. Also, power usage of the UAV systems is a major problem to withstand the desired endurance of flight time. A study to manage the power usage is important and a study from fluid mechanic’s point of view is much needed. Besides that, flight movement of quadrotor limits the power of rotor. Quadrotor rotors cannot operate in 100% power because of another 30% of power is reserved to control for flight direction. Furthermore it is difficult to control the stability and precision of flight movement of quadrotor that powered by fuel or petrol [11,12].

Therefore, the theory is implied to control the quadrotor’s direction of flight by increasing or decreasing the length of the support bar. The length of support bar helps in balancing and stabilizing the UAV. The study focus on relation between support bar length and moment of bending of various position of rotor. Thus, this study shall be the basis to run the dynamic analysis at the UAV’s rotor support bar length control systems and also to enhance the UAV’s mathematical modelling by using (SOLIDWORKS® software, Dassault Systèmes), computer-aided design (CAD) and computer-aided engineering (CAE) systems [13].

Quadrotor is non-linear system with six degree of freedom and contains only four rotors input [15]. Figure 2 represents the free body diagram and axes of the quadrotor. In Figure 2, l is the distance of each rotor toward the center of the pivot. ϕ, θ and ψ are representing the Euler angles about the body axes x, y, z. F1, F2, F3 and F4 are the thrust force produce by the propeller.

The position and velocity vectors in Earth frame stated as

The pitch, roll and yaw angle in body frame are stated as

Then, R indicates the rotational matrix from body to earth frame as

The thrust force and control torque act on the body and produced by the propeller rotation. The vector of thrust moves from body frame to earth frame. Applying the Newton–Euler method for rigid body as:

(6)
(7)
represents the linear acceleration vector, F is the thrust that produced by the rotors, Fa indicates the frictional force, τ is the control torque produced by rotors, m is the mass of the body. Thus, from Equations (6) and (7), quadrotor dynamic equation is derived as:
(8)
where I is the moment of inertia. The thrust induced variation the speed of the rotors is the input vector and stated as:
(9)

Thus, the input vectors are defined as:

The input torque is derived as:

Therefore, the pitch, yaw, roll movement of the quadrotor can be controlled by increasing or decreasing arm length to generate the certain input torque. The rotor speed is kept at constant where wi = w1 = w2 = w3 = w4.

The analysis is conducted by referring KDE data performance Table 1. KDEdirect.com provides data performance of specific rotor version for its suitable propeller size and voltage. Rotor version that suited well with 18.5″ diameter and 6.3 mm pitch propeller is KDE5215XF-435 (435 KV). The data consists of amperage, power input, thrust output, RPM and efficiency for different throttle range between 25% and 100%. The data is obtained from the experiments conducted by the KDE Company.

5. DETERMINING MOMENT OF BENDING FOR EVERY ROTOR SPEED (RPM)

Figure 4 shows the free body diagram of the quadrotor. In order to produce hover movement, the equivalent net torque of the quadrotor is equal to zero and all rotor spinning in equal speeds. Moment of bending acting on quadrotor arm can be calculated using the formula as shown in Equation (14).

M is the moment of force, T is the force or thrust output produce by the propeller rotation and L is the quadrotor arm length, and I = 1, 2, 3, 4, 5, 6, 7. In the first step of the analysis, there are two variables, a fixed variable and a manipulated variable. The fixed variable is the length of the quadrotor arm, L. The manipulated variable is the thrust output produced from variation rotor speeds. The length of the quadrotor arm is 400 mm suitable for 18.5″ propeller. Quadrotor hover in vertical direction, when the all four-rotor spinning in equal speed, produces the same amount of thrust. Higher speed produces more thrust so that the quadrotor flies higher and vice versa for lower speed. Therefore, the moment of bending can be calculated for every speed of rotor provided from KDE data performance.

Finding arm length needed to produce a required moment from previous data using thrust output produce from three rotor speeds of 3600, 4320 and 4980 RPM (Figure 5). The constant variable now is change to thrust output produced from a fixed rotor speed and the manipulated variable is the moment of bending, Mi. Their relationship is shown in Equation (15).

7. ASSEMBLY DESIGN OF THE QUADROTOR ARM

The design requires a stepper rotor, a fixed arm, a moving arm, 4 × 18.5″ propellers and a brushless DC rotor (Figure 6).

Data moment of bending due to various rotor speed

9. RESULT OF ARM LENGTH FOR REQUIRED MOMENT OF BENDING

Data of arm length for required moment of bending (3600 RPM)

Data of arm length for required moment of bending (4320 RPM)

Data of arm length for required moment of bending (4980 RPM)

Figure 9 shows the moving arm moving inside the fixed arm. 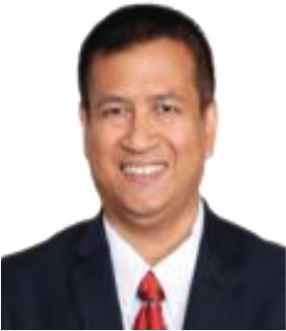 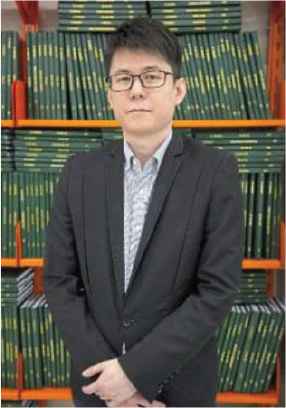 He received his Bachelor of Engineering Degree with First Class Honors in Mechatronic Engineering from University of UCSI, Malaysia in year 2010. In end of year 2010, He was attached with Universiti Putra Malaysia for his PhD in Mechanical and Manufacturing Engineering and graduated in year 2014. Currently, he is the Dean for Faculty of Engineering Technology and Built Environment, UCSI University. He is interested in artificial intelligence, soft computing, robotics, and mechatronics. He has published many papers which related to the application of Artificial Intelligence in recent years. 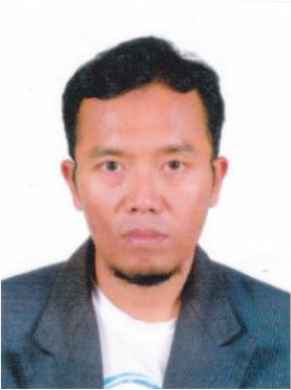 He is an assistant professor in mechatronics engineering department, specialized in applications of artificial intelligence/machine learning, optimizations, control systems, robotics and automation. His current research interest is mainly on applications of AI (artificial intelligence) and optimization algorithms in various filed including robotics, control systems, spectroscopy applications, sensor networks, etc., toward sustainable engineering development in the future. 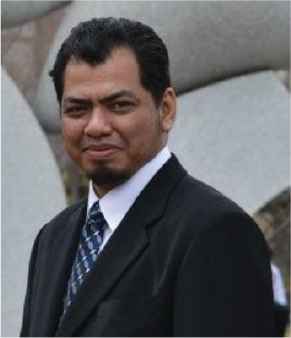 He received his PhD in Energy Mechanical System Engineering from Mie University, Japan in 2012. He is currently an Associate Professor of Mechanical Engineering Department at School of Mechatronic Engineering, University Malaysia Perlis, Malaysia. He has 11 years experiences in industrial research and development of air conditioning system and registered as Professional Engineer. 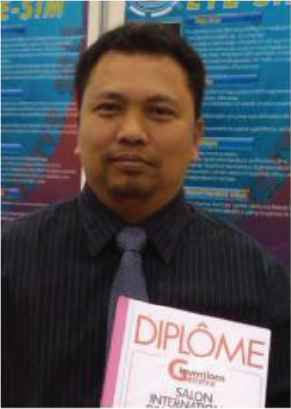 He received his Bachelor of Mechanical Engineering from Tokushima University, Japan. He was a Senior Design Mechanical Engineer in R&D Sony Technology Malaysia in 1997. In 2001, he was employed by Tamura Electronics Malaysia. He pursued his PhD at the Artificial Life and Robotics Laboratory, Oita University, Japan in 2003. He is a Professor, Director of Center of Excellence for Unmanned Aerial System at University of Perlis. IEEE, IET member. 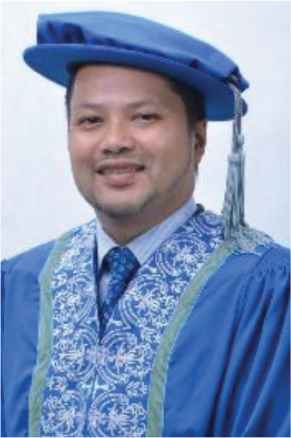 He received his B. Eng., M. Eng., and PhD degrees in Mechanical engineering from Mie University, Mie, Japan. His PhD research on human and robot collaborative tasks. He is currently an Associate Professor in UniMAP Malaysia researching in system design for automotive and transportation system and currently he is leading Motorsport Technology Centre of Excellence to develop hybrid motorcycle for MITI. 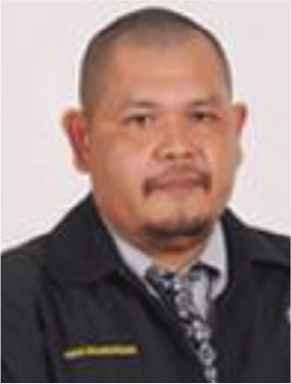 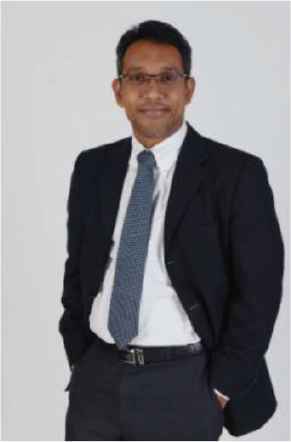 He received his B.Eng., M.Eng. and PhD degrees in Mechanical Engineering from Mie Univ, Japan in 1997, 2003 and 2006, respectively. Currently, he is leading a Sustainable Advanced Manufacturing research group at University Sunderland, to support TRL5-8 for SMEs company in the UK. His research interest is in machine learning in the area of a bio-medical robotic application for a sustainable manufacturing environment.