We propose a method to convert sensory information into non-contact tactile sensation by vibrating of very low-frequency sound. The vibrator does not directly touch the object in a non-contact tactile sensation. Then, the object vibrates with the extremely low frequency. Previous research has shown that the resonance frequency of the chest and abdomen is about 10 Hz. Therefore, the chest and abdomen can vibrate in a non-contact manner by using the extremely low frequency of about 10 Hz. Until now, very low frequencies have hardly used in engineering. We propose new uses for embedding very low frequencies in sound such as a music; we name it the deep micro vibrotactile (DMV).

In researches of tactile physiology or tactile effects on touch surfaces, the concept of time development of tactile sense has not considered [1]. While, music is time development in auditory stimuli caused by sound. If the frequency of sound does not change, it is a single tone.

The most of haptic engineering and tactile material researches deal with tactile senses do not change over time [1]. So, no tactile materials such as changing touch surface while touching. The only tactile engineering utilize time development is massage. Massage is not a single tactile stimulus, but multiple tactile stimuli changing over time. We have been using massage since ancient [2], one of the oldest records of massage is a wall painted on the tomb of an Egyptian doctor in BC [2].

The progress of hearing is remarkable compared with the sense of touch. A music score has been used since BC to describe the time-varying sound. The prototype of the musical score used today was invented by Guido D’Arezzo [3], an Italian priest in the Middle Ages. While, we cannot know how to do massage by the paint-wall of the doctor’s grave in Egypt cannot, but we can know how to play the music, which is written by Guido D’Arezzo.

Recent researches have pointed out that, compared with visual sense, the tactile sense is even more essential factors evoking the feeling of experience [4]. And also, it has indicated that tactile sense has “language”; for example, the investigation of tactile communication in professional basketball games of National Basketball Association shows that tactile communications such as high fives and fist bumps increase the performance of the team and dedicate to wins or loses [5].

Although it has indicated that tactile sense might have “language”, it is still obscure. Hence, we proposed the Tactile Score, which is a method of time-varying tactile sense. To compose Tactile Score [6], we investigated methods of massages, because massage is the only tactile engineering method using time-varying.

Since there are various elements in the tactile sense, it is not easy to describe them all. While music also has multiple factors, but the music score specifies only the pitch and duration. Tactile Score represents only the strength of vertical pressure and length of pressure and ignores other aspects. Tactile Score generally uses a staff notation, where the third line indicates the “normal strength”; ascending is weak, descending is intense pressure. The length is described using musical notes (Figure 1). The normal strength is not absolute pressure, and it should be different in each system or person. Tactile Score denotes the relative strength from the normal strength.

To use a stuff notation, we divide the difference between the maximum and minimum pressure into five or seven steps. This dividing is for convenience, and this number of divisions has no essential meaning.

Since Tactile Score can describe the time-varying tactile sensation, arbitrary messages can be represented, and it is possible to investigate how to construct massages that were previously unknown. So, we obtained the principle of the construction method of massage [7].

Since massage is performed using human hands, one person can massage only one person, so it is impossible to massage several people at the same time as music. Besides, to conduct experiments, humans must perform the massage; hence, it is impossible to generate the same tactile stimulus repeatedly, no matter how proper the technique is.

We call such vibrotactile as Tactile Score Vibration (TSV). TSV can digitize the tactile sensation via Tactile Score. TSV has applied to many fields such as beauty (Figure 2) and healthcare, and social implementation is progressing.

By giving a TSV with Haptic Vibration Display, we observed dermal collagen aggregation in the facial skin by using the DermaLab™ (Cortex Technology Inc.). The number of patients is six and 36.7 ± 5.54 years old females. We examined the collagen score, which indicates the density of dermal collagen, before and after giving TSV. The average (standard deviation) of collagen score of before giving TSV is 40.8 (5.1), after is 49.3 (4.6). We did the paired t-test and confirmed that TSV increased dermal collagen statistically significant (p-value was 0.014), where the optimal sampling number is 7, so N = 6 is close to optimal sampling [7,11].

Non-contact tactile sensation is to vibrate an object without touching it directly. We use the very low-frequency sound for implementing non-contact tactile. Human audible frequencies are above 20 Hz and below are non-audible frequencies. The resonance frequency of the human chest and belly is about 10 Hz. Therefore, the human breast and abdomen can be vibrated by a non-audible ultra-low frequency of about 10 Hz without touching.

The minimum frequency generated by the pipe organ is 16 Hz, which is non-audible sounds. However, in Buch’s “Toccata and fugues” this 16 Hz lowest note is used. Such very low-frequency sound can reach to the distant place. For example, in the Edo period (1603–1868) in Japan, the time of noon was signaled with signal cannon everyday form Edo Castle [8] (the Imperial Palace now). The sound of this cannon all reached above Edo, because the sound of the cannon was transmitted farther by non-audible very low-frequency sound.

Many studies have done on the effects of infrasound on health [8,9]. However, there are no specific uniform standards because there are significant individual differences. The Japanese Ministry of the Environment has established a reference standard for low frequency sounds [9]. According to it, at 10 Hz, if it exceeds 92 dB, it may affect the mind and body. In this study, we use low-frequency sounds that are less than 1/2 dB of the reference standard. Regarding human experiments, it has approved by the Experimental Ethics Committee of Nagoya University.

In April 2019, a neuroscientist at the Massachusetts Institute of Technology, MIT in the United States found that hearing 40 Hz to Alzheimer rats reduced amyloid-beta accumulation [10], which means that they showed 40 Hz suppressed the progress of Alzheimer’s disease. They surveyed several frequencies and found that 40 Hz was the most effective.

There are no effective treatment for Alzheimer’s disease, and no new drugs have successfully developed. Hence 40 Hz is a promising candidate treatment; 40 Hz is not inaudible sound for human, it is a sound close to a vibration whose pitch is almost unrecognizable.

In music, since low-frequency sounds can distort the music, they were carefully removed. On the other hand, Goro Noguchi, a national singer, has been interested in very low-frequency sound. He has discovered from years of experience that recognition of vibrations (very low frequencies) can deliver singing voices far.

When a music synthesized with DMV (Figure 4) reaches to the body, the audible component shakes the eardrum, and the low-frequency component vibrates the body. We did experiments in concert halls and confirmed that DMV can change the tactile quality of sound in live performance.

Haptic engineering has been dealing with tactile sensations delivered by contact. Acoustics has studied audible sounds. Therefore, non-contact tactile and non-audible sounds have not treated. This research proposes a method to evoke tactile sensation by vibrating by delivering low frequency to the body and suggests a new method that fuses non-contact tactile and non-audible sound. It has confirmed that low frequency inhibits the progression of the pathology of Alzheimer rats and biological responses such as collagen aggregation. Such low frequencies can be embedded in music by Deep Micro Vibrotactile, DMV. In the future, DMVs will expand across fields, such as the beauty, medical, healthcare, and entertainment industries.

The authors would like to thank Dr. Mayumi Kotani and Akihito Fujita, president of Bloom Classic Inc. for their experiments on collagen aggregation for TSV. We would also like to thank Mr. Goro Noguchi for his various cooperation in the collaboration of DMV. 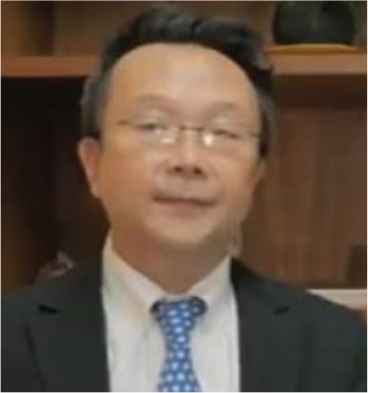