This paper presents a new Self-repairing Control System (SRCS) for plants with actuator failures. The proposed SRCS uses the well-known Izhikevich spiking neuron model as a fault detector. When the actuator fails, the neuron model is excited and then spikes occur. Thus, counting up spikes makes it possible to find failures. Compared with the existing active fault-tolerant control systems, the SRCS has the following advantages: one can not only set a maximum detection time in advance, but also construct a simple control system whose structure is independent of the mathematical model of the plant. To confirm the effectiveness of the SRCS, this paper shows theoretical performance analysis and numerical simulation.

In the previous works [1,2], several types of the Self-repairing Control Systems (SRCSs) have been developed as one of active Fault-tolerant Control Systems (FTCSs). The SRCS can automatically detect a failure and replace the failed component with the healthy backup so as to recover the stability of the control system. Compared with existing active FTCSs, the SRCS has the following advantages: (1) the maximum time of detection can be prescribed arbitrarily in advance, and (2) the structure of the control system does not depend on the mathematical model of the plant. Thus, early and robust FTC can be accomplished even if the plants have uncertainties.

Unfortunately, the conventional SRCSs have utilized an unstable detection filter [1] which is not suitable for the concept of the strong stability [3]. Recently, as a remedy, the well-known Izhikevich spiking neuron model [4] is used as a fault detector. A faulty signal in the control loop excites the neuron model. Hence, just counting up the number of spiking waves makes it possible to find failures. Because the boundedness of all the signals in the neuron model is always guaranteed, the requirement of the strong stability can be satisfied. Of course, the advantages of the original SRCSs are retained. Moreover, by utilizing the spiking neuron model, setting a threshold for fault detection is no longer needed. However, only an issue of sensor failure has been considered. A problem of actuator failure has not been solved.

In this paper, the SRCS using the spiking neuron model is modified to tolerate actuator failure. Furthermore, the theoretical analysis on stability and the mechanism for fault detection are shown. In addition, the effectiveness of the SRCS is confirmed through numerical simulation.

Throughout this paper, let , and denote the sets of real numbers, nonnegative real numbers and natural numbers including zero, respectively. In addition, with , define the “sgn” function by

Consider a linear time invariant system of the form:

(1)
where, is the output, is the actual control input, is the state, and is the order of the plant. Here, assume that the high frequency gain is positive. Moreover, is supposed to be a stable matrix (i.e., all eigenvalues lie in the left half complex plane).

For occasion of failure, the two actuators are prepared. One is the primary actuator #1, and the other is the backup #2. Then, the actual control input can be expressed as follows.

(2)
where, is the detection time, and its detail will be discussed later. Each is the output of the actuator #i. Obviously, in healthy case, we have ui = uc, where is the designed control input. Based on dynamic redundancy (2), the primary actuator #1 is usually utilized, but it is switched to the backup when the failure is detected.

The failure scenario to be considered here, is expressed as follows:

The problem is to design the SRCS, which can replace the failed actuator with the backup so as to maintain the stability and guarantee the convergence property of y:

3. A CONTROL SYSTEM WITH A DETECTION FILTER

First of all, the detection filter is introduced based on the spiking neuron model [4,5]

(5)
(6)
where, and are designed parameters, whose details will be discussed in the next section. Also, is the threshold for the “auxiliary resetting” (for spiking). To avoid degradation of stability by spikes, the resetting rule (6) should be invalid before the steady state.

Next, the high-gain feedback controller is designed by

(7)
where, is the feedback gain to stabilize both the plant and the detection filter.

Then, the following lemma stands.

Consider the control system constructed by (1)–(7). But, the resetting rule (6) is supposed to be invalid. If there is no failure, then all of the signals in the control system are bounded. Furthermore, regarding convergence of the plant output, the inequality (4) holds.

Suppose that there is no failure, i.e., u = uc. Now, define the new variable: by

Consider the positive definite function as,

Assume that p is chosen so that

Then, the time derivative of V can be evaluated as

(15)
where, is a small positive constant, and

Solving the differential inequality (16), the following inequality can be obtained.

Therefore, if no failure occurs, that is, tF = ∞, then all the signals in the control system are bounded. Moreover, taking |y| ≤ |s| + |v| into consideration, it follows that

It is clear that 2 for sufficiently small δ2 and δ3. This means that the inequality (4) holds if no failure occurs. The proof is completed.

Regarding the filtered signal v, from (18), it follows that

Enable the resetting rule (6) with the threshold vT greater than λ, in the steady state. Then, as long as the actuator is healthy, no spike occurs and so the stability and convergence property (4) can be ensured.

In this section, the real-time failure detection is shown using the detection filter constructed by (5) and (6).

For preparation, refer to the Izhikevich neuron model [4] of the same scale and parameters as (5):

In the figure, represents the bursting time, and it can be arbitrarily shortened by setting the parameters. Furthermore, is the number of spikes in the pattern, and it also can be prescribed by parameters. The figure shows an example of ηR = 5.

Now, consider the case when the actuator gets stuck. Assume that tB is set so small that there exists a finite time tE ≥ tF defined by

Because of continuity of y and boundedness of on a finite time interval, the sign of y does not change in a neighborhood of the failure time tF. This implies that tE = tF for sufficiently small tB.

In the above equations, the effect of the control input uc gets lost because the actuator fails. Hence, the bursting occurs in the signal v.

By comparing (21) with (23), it is regarded that the term p(y + y3) > 0 is additionally injected to the spiking model (21). Generally, a larger stimulus causes more spikes. Therefore, the bursting becomes more frequently than the pattern of (21) on the time period [tE, tE + tB).

In the case of sgn [y(tE)] = −1, the negative spikes of the same bursting pattern as above is induced.

Next, consider the case when there is no failure. Then the spiking of detection filter does not occur because the filtered signal v is suppressed smaller than vT .

Consequently, from the above discussion, the bursting pattern appears only when the actuator fails. Thus, by just counting the number of the spikes, the failure can be found. Specifically, the detection time tD is defined by

(24)
where, is the counted number of the spikes in the filtered signal v.

From (24), it follows that tD ≤ tE + tB. Hence, by setting tB small, the maximum detection time can be shortened arbitrarily.

After replacing the failed actuator, the boundedness of all the signals in the control system are guaranteed again, and the plant output can converge to the small region, that is, the inequality (4) holds.

The overall control system is illustrated in Figure 2.

If there does not exist finite tE, that is, tE = ∞, then the failure may not be found theoretically. As a remedy, it is recommended to monitor the plant output y for checking the convergence property. As long as the inequality (4) holds, the control objective can be achieved regardless of presence of failures.

To confirm the effectiveness of the proposed method, the numerical simulation is explored.

The failure scenario is supposed that

The simulation results are shown in Figure 3 where the plant output y (top), the filtered signal v (middle), and the actual input u (bottom) are shown.

From the simulation results, the failed actuator can be replaced at the detection time tD ≅ 26 [s]. Also, the plant output y converges to a very small ball before and after the failure.

This paper has presented the new SRCS that can find actuator failure by using the Izhikevich neuron model. From theoretical and numerical analysis, it is shown that fault-tolerant control can be accomplished.

In the previous work [5], the basic idea of the SRCS using the spiking neuron model has already been proposed for plants with sensor failures. The main differences from the previous version are as follows: the actuator failures can be tolerated, and in constructing the detection filter, the time derivative of the plant output y is not utilized. Thus, the control system not only becomes simple but also has more robustness with respect to component failures and noises in the plant output.

This work is supported by Grant Number . 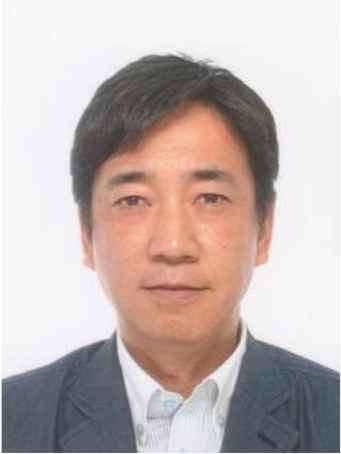 He received his B. Eng., M. Eng., and D. Eng. degrees from Kumamoto University, Japan in 1992, 1994 and 1998 respectively. He is currently a Professor with the Department of Electrical Engineering and Computer Science, Tokai University, Japan. His research interests are in the area of fault tolerant control, fault detection and adaptive control.