Identifying the key determinants of Michinoeki and assessing its impact on efficiency is considered as an urgent issue. Accordingly, this paper proposed a new approach to calculate the efficiency using DEA model after determining the significant factors using a regression model. The data were collected from Yamaguchi area, which is considered the birthplace of Michinoeki in Japan. This paper contributes to the literature by: (1) Identifying the key factors of Michinoeki in Yamaguchi area, and (2) calculating the efficiencies of the Michinoeki, and (3) developing a four-cell matrix to ascertain the relative position of Michinoeki for future development. Based on the findings, the managerial implications are discussed, the study limitations are identified and directions for further research are suggested.

A plethora of studies on Michinoeki from the viewpoint of break function, information dispatch function, regional cooperation function, and disaster prevention function have been published in the past decades. However, studies focusing on the calculation of efficiency to make managerial improvements are still sparse. First, this paper proposes a new two-step approach to calculate efficiency using a DEA model. Second, the relevant factors are determined using a multivariate regression model. The data were drawn from Yamaguchi area, which is considered the birthplace of Michinoeki in Japan. This paper makes a contribution to the management literature by: (1) Identifying the key factors of Michinoeki in Yamaguchi area, and (2) calculating the efficiencies of the Michinoeki, and (3) proposing a four-cell matrix model to ascertain the relative position of Michinoeki for future development.

This manuscript is structured as follows: Section 2 introduces the background of this research. In Section 3, the paper explicates data collection and the models of multivariate regression model and DEA model to identify the key factors and efficiencies of Michinoeki using selected variables. Section 4 shows the results and discusses our findings. Based on the results, the managerial implications are discussed, the study limitations are identified and directions for future research are proffered in the final section.

Michinoeki are located along major national highways that serve four primary functions: (1) Providing free parking space and restroom facilities, (2) spreading information, (3) allying with regional businesses and society, and (4) a platform for disaster prevention. Accordingly, the four-function model of Michinoeki is illustrated in Figure 1.

Especially Michinoeki are well-known institutions that have been recognized as playing an important role in regional economic revitalization in Japan. Recently, many studies focusing on Michinoeki have been published. They have been the subject of research attention as regional economic revitalization is considered a focal part of Abenomics. For instance, Yokota [1] introduced many successful stories of Michinoeki not only in Japan, but also in Kenya and China and indicated the future direction of the Michinoeki’s further development. Mitsuhashi [2] analyzed the economic background of Michinoeki. Ogata et al. [3] explained the relationship between Michinoeki and regional revitalization based on the viewpoint of business model. Hiraoka et al. [4] discussed the relationship between the number of customers and information associated with agriculture, forestry, and fisheries of Michinoeki. Recently Kumano et al. [5] discovered successful determinants of Michinoeki in Chugoku area using a regression model. Furthermore, the key characteristics of each area in Japan have been analyzed in order to finding effective strategy for further development [6]. All of these studies suggest that it is important to calculate efficiency to improve the quality of Michinoeki. Thus, identifying the key determinants and measuring its efficiency are considered as the most urgent tasks for Michinoeki. This paper will focus on the discovering the determinants, and calculating the efficiency of Michinoeki in Yamaguchi area. The number of Michinoeki—as identified in Table 1—23 Michinoeki as of July 21, 2017.

Semzakitchen has been opened from 2018 fiscal year.

The geographic distribution map of Michinoeki in Yamaguchi area is shown as in Figure 2.

The data from 2015 were drawn from the database of the Michinoeki headquarters. Based on the advice from senior managers of Michinoeki, 12 variables were selected as the determinants of Michinoeki. They are: Square Meters of Land Space (SMLS), Weekdays’ Traffic near the Station (WTNS), Holidays’ Traffic near the Station (HTNS), Operating Cost (OC), Total Parking Number (TPN), Total Number of the Restroom (TNR), Square Meters of Free Rest Place (SMFRP), Number of the Selling Items (NSI), Number of Local Products Items (NLPI), Number of the Registered Farmers (NRF), Square Meters of Facilities Space (SMFS) and Population of the City Located (PCL). SMLS and OC could be considered as the determinants of variables of information dispatch function, the WTNS, HTNS, NSI, NLPI, PCL, and NRF are designed as the indexes of regional cooperation function, the TPN, TNR, SMFRP and SMFS will play important role in break function and disaster prevention function. Sales revenue and number of purchasers are selected as the performance indicants of Michinoeki. Thus, this leads to the formation of the following regression equation:

After determining the key factors of Michinoeki, the efficiency was calculated using the following DEA model [7,8].

The results of the relationship between the 12 variables and sales revenue and the number of purchasers are shown in Table 2. The key factors are finally determined using backward elimination method.

The determinants of those two models are different. The adjusted R2 of sales revenue and number of purchases are 0.9069 and 0.96604, respectively. The four variables in the model of sales revenue are: TPN, SMSRP, SMFS, and PCL, and the six variables of number of purchasers are: OC, NSI, NPLI, SMFS, and PCL—each of which are statistically significant. Accordingly, regional cooperation function, break function, and disaster function are becoming much important rather than information dispatch function of Michinoeki in the Yamaguchi prefecture as it is the birthplace with a long history.

As illustrated as Figure 3, the efficiency of the 23 Michinoeki in Yamaguchi area are calculated using DEA model. The efficiency of Yutori Park Tamagawa, Chomonkyo, Kitaura Kaido Hohoku, and Shiosai Ichiba Houfu cannot be calculated because of lack of data.

The relationship between 12 variables and sales revenue and number of purchasers are calculated and discussed. Only four and six variables were found to be significant statistically for the sales revenue and number of purchaser’s models, respectively. The 18 Michinoeki could be divided into four groups, as follows: Abu Town and other eight Michinoeki are excellent, and Niho no Sato and other three could be poor. Ofuku needs to improve its efficiency of number of purchaser while Hai Okan and other three Michinoeki need to improve their sales revenue efficiency. One of the drawbacks of this study is that only a 1-year data sample was used. To draw firmer conclusions, future studies should examine Michinoeki using multi-year data. Furthermore, additional qualitative support for these conclusions is required. 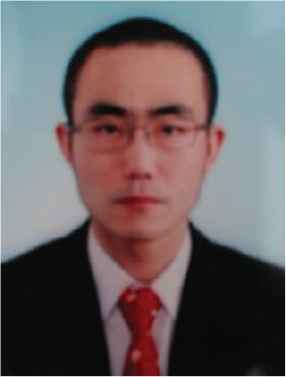 He is Engineer at Hino Motors, Ltd. He has published many papers in refereed journals and proceedings, particularly in the area of industrial management, and computer science. His current research interests include Internet of Things (IoT), Mechanical Engineering, Artificial Intelligence (AI), automata theory, quantitative analysis of Japanese Keiretsu. He was one of the winners of the Best Paper Award in the International Conference on Artificial Life and Robotics (ICAROB) in 2015 and 2016. He earned his Doctor degree of Engineering from Hiroshima University, Japan in 2018. He is Professor and Deputy Dean of Faculty of Regional Innovation, National University of Miyazaki. He has published many papers in the area of regional Urban planning including Michinoeki. He is the member of editorial review board of Architectural Institute of Japan’s Planning papers and the Japanese Rural Planning Association. He earned his Doctor degree of Engineering from Nagaoka University of Technology, Japan in 2002.