Geometric Measurement Based on the Single Image with a Rectangular Structure

Image-based geometric measurement is getting more attention in machine vision field due to its contact-less and low-cost characteristics. Here the measurement of single image with the rectangular structure is studied, in which only one side length of the rectangle is known, and the coordinates of points in the measured plane are obtained. The intrinsic parameters of the camera are calibrated firstly by using the three vanishing points of mutually orthogonal directions. Then the homography between the image plane and the model plane which the rectangle structure belongs to is derived, and the plane measurement method of the latter is described in details. Furthermore, the measurement experiment is done with the single image taken by the camera, and the validity of the proposed method is verified by comparing with real data.

As characterized by its non-contact and universality, real-time and repeatability, image measuring gradually becomes one of the important methods for geometric measurement. In binocular measurement systems, precise matching between two images and camera calibration have always been classic problems in photogrammetry. Geometric measurement based on a single image is getting more attention in photogrammetry owing to the avoidance of such problems.

Considering what camera model is appropriate, blade angle measurements of variable stator vanes in jet engines were made based on a single image [1]. It was proved to achieve plane metric rectification based a single view of multiple coplanar circles [2], but the camera’s intrinsic parameters are known. The research was evaluated to verify the utility of a single image approach for scene of crime dimensional analysis [3].

Compared with theses above methods, we propose a new plane measurement method based a single image. The method avoids camera calibration by specialized equipment and only requires that the image scene contains parallel lines in three mutually orthogonal direction, where the length of one side of spatial rectangle is known. The measurement task is completed in accordance with steps in Sections 2 and 3.

The vanishing point is useful information for the measurement method based on a single image. It can be used to estimate intrinsic parameters and extrinsic parameters of the camera [4,5], and assist in measuring the height of target on the reference plane [6]. The accuracy of vanishing point detection directly affects the accuracy of measurement result. Currently, there are various methods for automatic vanishing point detection. Owing to inevitable interferences in some special scenes, these methods tend to be misjudged. In order to avoid such possible measurement errors, the method in this paper determines the parallel lines corresponding to three mutually orthogonal directions manually and estimates the vanishing point by using Least Squares.

As shown in Figure 1, Px, Py, Pz are vanishing points corresponding to three mutually orthogonal directions. The parallel lines that determine the vanishing points are respectively parallel to OX, OY and OZ coordinate axis in the spatial coordinate system O-XYZ. C is the orthocenter of ∆PxPyPz, and D is the perpendicular foot on the side PxPy.

There are such basic properties which are very useful for the purpose of camera calibration [4,6].

Let us consider a typical indoor scene with plenty of information about line segments as shown in Figure 2. Coordinates of vanishing points corresponding to three mutually orthogonal directions on the image plane are estimated based on the above properties.

3. ESTIMATING THE HOMOGRAPHY BASED VERTEXES OF THE RECTANGLE

It is necessary to specify a spatial rectangle mapping with arbitrary quadrilateral in the image as a reference and the known length of one side of the rectangle serves as the input of the measurement system. We choose the spatial rectangle A1A2A3A4 corresponding to quadrilateral a1a2a3a4 on the image plane as the reference. Spatial points are represented by uppercase letters and subscripted numbers, and points on the image plane are represented by lowercase letters and subscripted numbers.

Notation: xi represents the vector in the camera coordinate system.

Only the homogeneous solution for estimating the homography matrix H is described [8]. Each image-to-world point correspondence provides two equations which are linear in the elements of the matrix H. They are:

The homography matrix H has eight degrees of freedom [9]. For four correspondences, we obtain a system of eight equations in eight unknows and then an exact solution about H is obtained. For the reference rectangle A1A2A3A4, eight equations from its vertexes can be rewritten as a matrix equation Ah = 0.

A performs singular value decomposition and then A = UDVT. h equals the last column of the matrix VT. Afterward h can be rewritten as a 3 × 3 matrix and that is H.

As shown in Figure 4, we select three line segments (L1, L2, L3) which all belong to the spatial plane corresponding to quadrilateral a1a2a3a4, and measure the lengths based on the single image. The experimental results are compared with the results using handheld measurement tool.

In this paper, we have developed a new method to make plane measurement based on a single image with the rectangular structure. The method requires that the image scene contains parallel lines in three mutually orthogonal direction, where the length of one side of spatial rectangle is known. The measurement is performed on the model plane which the rectangle structure belongs to. 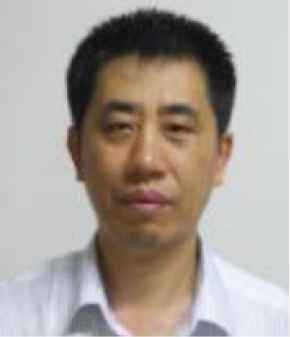 He is an Associate Professor, Beijing Jiaotong University. His research interest is Intelligent Robot, Machine Vision, and Image Processing. 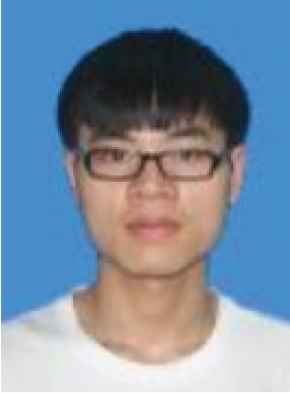 He is a postgraduate in Beijing Jiaotong University. His research interest is geometric measurement based images.