Ocean current refers to the relatively stable flow of the surface water of the ocean in a certain direction, and is the main regulator of the thermal environment on the surface of the earth. At present, the ocean current velocity detection at sea is basically a field measurement by a staff member in a boat, and the adjustment of the detector position during the measurement process is very inconvenient. This paper designs a new submarine current velocity measuring device that includes the measuring ship, cable, fixed anchor and ocean current velocity detector. The cable on the reel is retracted through the cable retracting room, and the end of the cable is fixedly provided with a fixed anchor. The fixed anchor is fixedly provided with a plurality of ocean current flow rate detectors, which have a built-in control chip, a wireless communication module, and Pressure Sensor. The ocean current detector adopts the acoustic time difference current meter, which runs stably and is the most widely used current meter at present. This device can flexibly adjust the depth of the detector according to actual needs, so as to measure the flow velocity of different depths.

In order to develop and utilize the ocean, people have conducted the long-term observation and research on the ocean. Among them, the current velocity is a very important parameter in marine hydrological research. It is very important to grasp the law of seawater flow, which can directly serve national defense, marine transportation, fishery, and port construction.

With the continuous development of science and technology and marine science itself, the methods of observing ocean currents have also been continuously improved and improved. From the original drift bottle to modern ocean current meters, a large variety of current measuring instruments have been invented.

The current meter is a kind of instrument to measure the velocity and direction of seawater. It is installed on Argo buoys, anchoring data buoys, submersible buoy, seabed base, autonomous underwater vehicle, underwater glider, survey ship and other marine current measurement platforms for current observation.

The structure of ocean current velocity detector is shown in Figure 3. No. 15 indicates a waterproof case, and others are control chip No. 16, wireless communication module No. 17, pressure block No. 18, pressure sensor No. 19, connecting rod No. 20 and a suspension No. 21.

The device is enclosed with a waterproof shell, and a control chip is installed inside the shell. A wireless communication module and a pressure sensor module are arranged on one side of the control chip [4]. The depth of the detector can be flexibly adjusted according to the actual needs, so that the ocean current velocity at different depths can be measured. At the same time, the ocean current velocity detector is provided with at least three sets, and the average of three results measured by the detectors is used as the measurement data, which can further improve the accuracy of the measurement.

The principle is that, under the condition of the same acoustic propagation distance, the velocity of seawater can be calculated by measuring the time difference between the two acoustics propagation in the upstream and downstream.

The schematic diagram of the propagation plane is shown in Figure 4, where A and B are the transceiver and replacement energizer, c is the ocean sound velocity at the measurement point, v is the velocity of the seawater, and d is the distance (channel axis distance) between the two transducers.

During the measurement, the transducer pairs are excited by the same electrical signal, that is, the two transducers transmit ultrasonic waves at the same time, and are ready to receive signals arriving at each other. Due to the existence of the velocity v, the ultrasonic pulse signals that cause the forward and backward propagation will not reach the transducer receiving surface at the same time [7]. According to the theory of sound wave retransmission in a fluid medium, it is known that the propagation time of the short ultrasonic pulses along the countercurrent and the countercurrent directions on the biological axis are:

Time difference between downstream and upstream:

When c and d are known, as long as Δt is measured, the flow velocity v can be directly obtained. The error coefficient of this approximation is v2/c2.

If the speed of sound and velocity are calculated according to typical values, the error magnitude brought by this approximation is 4 × 10−7. The ocean velocity in the submarine boundary layer is generally very low, ranging from about 0.1 cm/s to about 1 m/s. Assuming that d = 10 cm and c = 1500 m/s, the time difference range calculated from Eq. (4) is 1.33 to 133 ns. Such small time difference can be ignored directly [8].

Its principle process is as follows: the ultrasonic signal is transmitted and received by the ultrasonic probe, and a series of processing processes such as conversion, amplification, operation and compensation of the signal are carried out to finally calculate the flow value that is measured. For different environment, different parameters need to be set up, the algorithms for these all by automatic adjustment, and can be set through the function display value of what we need, such as the flow rate of the sea, ocean of instantaneous flow rate and the accumulation of Marine traffic, device accumulation of running time, etc., which is very convenient to determine the ocean flow.

In Table 1, the ocean current velocity 1 is the velocity measured by the measuring device designed in this paper. In addition, for cross-sectional comparison, we simultaneously used two current velocity measuring devices made by other companies and sent them down to the same depth for measurement. Among them, flow velocity 2 was measured by using the 1 MHz Aquadopp Profiler current meter produced by Nortek company, and flow velocity 3 was measured by using the SLD stationary doppler current meter produced by Germany OTT company.

Through data analysis, it can be obtained that the speed measurement method designed in this paper can effectively avoid abnormal measurement data and make the results more accurate.

Compared with the prior art, the device can flexibly be adjusted according to actual needs, so that the ocean current velocity at different depths can be measured. At the same time, there are at least three sets of ocean current velocity detectors, and the results measured by the three detectors are averaged as measurement data, which further improves the measurement accuracy. 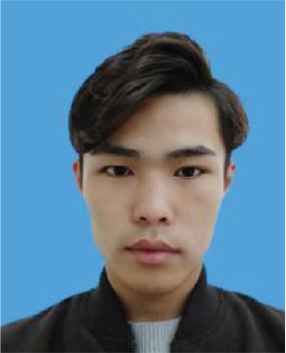 He is a first-year master candidate in Tianjin University of Science and Technology. His research is about deep learning, pattern recognition. 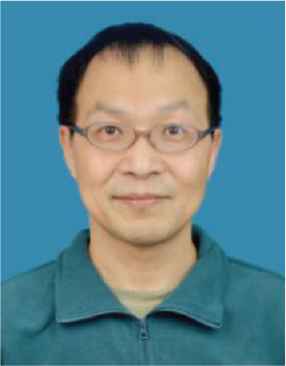 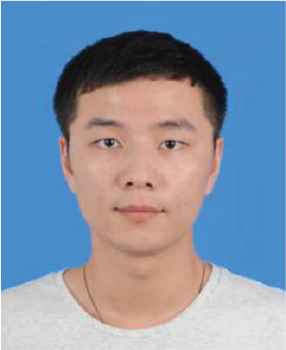 He received his bachelor’s degree from Henan Polytechnic University in 2016. The main research direction is the development and utilization of Marine automation equipment. Currently, he is working as an Assistant Engineer in the North Sea Marine environment monitoring center of the State Oceanic Administration. 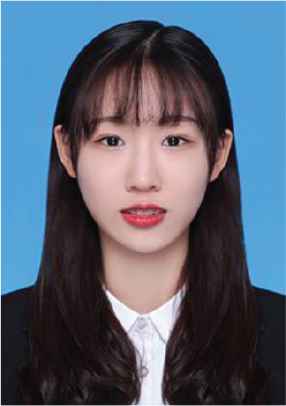 She is a junior at Tianjin University of Science and Technology. Her research is about computer vision, deep learning.