The paper presents the pilot test of the Moto Tiles Body & Brain Test combined with automatically generated individualized training protocols. The test is performed with seniors (avg. 80 years old) with mild dementia in senior care centers in Roskilde, Denmark. The seniors performed pre- and post-test on tests correlated with timed-up-and-go, chair-to-stand, and four square stepping test. During the intervention, the dementia-affected seniors performed their individualized training on the Moto Tiles games over 3 weeks with an average total of nine sessions of 7 min each. On average, the seniors improve 41%, 31%, 42% and 3% on the four tests. In terms of cut-points for multiple falls risk, the seniors are at high risk at pre-test, while they are at low risk at post-test. This indicates that the very short time (1 h over 3 weeks) playful training on Moto Tiles can potentially bring seniors from high risk of falling to a much lower risk of falling. The present study is a small pilot test, and results should be verified in randomized controlled trial(s).

Playful training can have a dramatic and fast effect on the health of seniors, as has been shown in Lund [1], Lund and Jessen [2], Lund and Jessen [3], Liu et al. [4]. The high effect of play on the senior health seems to arise as a collateral health effect of the play. Play acts as an intrinsic motivation, and a playware tool such as the Moto Tiles mediates a playful physical interaction of the seniors.

Play is a free and voluntary activity that we do for no other purpose than play itself. When in play, we can often do more than we would normally be able to do, because we get into a play dynamics in which we forget about time and place. In the play dynamics, we forget about our fears and limitations. A play force – such as the playware tool Moto Tiles – pushes the seniors into the play dynamics, and when fear and limitations are forgotten, the seniors are performing playful movements that they would otherwise seldom make. This seems to be the qualitative explanation of the high and fast effects seniors experience on physical functional abilities and cognitive abilities when playing with the Moto Tiles.

It is of high interest to understand within a population, who should be training to increase their abilities. Who is at high health risks?

As described in Lund et al. [5], the play on the Moto Tiles can be used as a valid senior health screening tool, e.g. for falls risks. Falls is a major concern for senior’s health. In the United States, about 40% of the population age ≥65 living at home will fall at least once each year, and the rates are much higher for persons aged >75 years of age and persons living in long-term care institutions [6]. Previous work [7] has shown that there is a strong correlation between Moto Tiles game tests and standard health tests such as timed up & go [8], chair stand [9], and four square step test [10]. Based on the strong correlation with the standard health tests, Lund et al. [5] showed that there are validated cut-points for multiple falls risks in the scores on the Moto Tiles games. As mentioned there, “the scoring in the Moto Tiles games Color Race <19 points, or Special One <13 points, or Final Countdown <20 points indicates a high risk of multiple falls” [5].

Importantly, the screening of seniors health by playing the Moto Tiles games not only provides a mapping of the individual physical and cognitive abilities, but can also provide an automatically generated personalized training protocol to follow after the screening, so that the right kind of abilities are addressed in the play on the Moto Tiles for each individual senior.

In this work, we will look at a first pilot test of such screening and playful Moto Tiles training with automatically generated personalized training protocols.

The pilot test was performed with 12 seniors with mild dementia from Seniorhøjskolen in Roskilde, Denmark. They were average 80 years old. They were pre- and post-tested with the Moto Tiles Body & Brain Age Test (see [5]), and had an intervention of 3 weeks, during which they played average nine sessions of Moto Tiles training. The games and duration of games were automatically generated for each individual senior. They performed three cycles of the loop in Figure 1.

Accordingly, first each senior performed the 2 min Moto Tiles Body & Brain Age Test composed of four test games of 30 s each. Then the system makes a performance and risk analysis based on the score in the four games. The analyses is presented to the senior, and the system uses the analysis to provide recommendation and to automatically create a personalized training protocol for the senior (see [5]). Then the senior performs a number of training sessions with this protocol. In the present pilot test, the senior performs three sessions over the following week. After those sessions, the senior will again perform the 2 min Moto Tiles Body & Brain Age Test, and a new personalized training protocol is generated and will be used for the sessions in the following week. And so the cycle continues (Figure 1).

The 2-min Moto Tiles Body & Brain Age Test is based on four Moto Tiles games, each evaluating some body or brain abilities. Each of these games called Color Race, Special One, Final Countdown, and Remember (Simon Says in a newer version) lasts for 30 s making the test last for just 2 min in total. The physical layout of the Moto Tiles is six tiles in a horseshoe shape as shown in Figures 2 and 3.

The personalized training protocol is generated automatically based on these ability scores of the user. Seven games are chosen for the protocol: Color Race, Special One, Final Countdown, Reach, Hit the Target, Simon Says, and Concentration. In order to choose appropriate games for the training protocol, each game is firstly assigned with a weight (see [5] for details) according to the score on the abilities associated with that particular game. Then the number of games N and total training time T are defined. In the present, first trial, N = 2 and T = 7 min. In later weeks of the training, N is raised to 3. The first N games with greatest weights are selected for the training protocol.

Table 1 shows the scores of the seven participants who performed all tests (pre-test, mid-test, post-test). It shows the average score on each of the four test games and the percentage change from the pre-test. As can be seen, on average the seniors improve their test scores with 41%, 31%, 42%, and 3% on the four test games.

Also, in terms of the actual score on the test games, it can be seen that in pre-tests, the seniors score well below the cut-point for multiple falls risk, i.e. Color Race < 19, Special One < 13, Final Countdown < 20, so they are at high risk of falling. At the post-test, in both Color Race and Special One, the seniors are scoring above the cut-point, indicating that they have improved their skills to a level where they are no longer at the high risk of falling.

In order to better understand how the personalized training protocol is generated automatically for the individual senior based upon the score in the 2 min Moto Tiles Body & Brain Age Test, let us take a look at two examples.

The first example is a male aged 67 years of age. His test scores are shown in Table 2. At the first test, he scores 25, 17, 26 and 0.556 on the four test games. Based on the performance in the first test, the spider web showing his score on the different physical and cognitive abilities is generated – see the blue dots in Figure 4.

Score on the test games for a male participant

As can be seen, he scores comparably low in the memory ability and a little low on the speed ability. This results in the automatically generated personalized training protocol being generated to become as follows for the first week of training:

Indeed, these two games put specific focus on speed and memory, and he would be playing these 4 min Final Countdown and 3 min Simon Says at each session over the first week of training.

Then, at the second test he scores 25, 17, 24, 0.333 (Table 2), and the red dots in Figure 2 shows how he has improved in the memory ability. So the new automatically generated personalized training protocol for the following week puts more focus on speed, agility and balancing:

As a second example, let us look at a female participant aged 65 years of age. Her test scores are shown in Table 3. In the first test, she scores low with 13, 10, 4, 0.778 in the four tests. Figure 3 shows the performance of the first test with the blue dots in the spider web. As can be seen, the balancing, speed and memory abilities are very low. So the first training protocol is generated to put focus on games training these abilities in combination:

Score on the test games for a female participant

In the second test, she scores 12, 9, 5, 0.563, so the memory ability has improved (Figure 5), and therefore the next automatically generated personalized training protocol puts less emphasis on games for memory abilities, and more focus on games for balancing, speed and agility:

As has been shown, the Moto Tiles games can be used as health tests for the seniors, and scoring Color Race <19 points, or Special One <13 points, or Final Countdown <20 points indicates a high risk of multiple falls. In the case of the pilot tests, the average score of the seniors after training with the personalized protocols took the average from indicating high risk of falling in the Color Race and Special One scores to a level above the cut-points indicating lower risk of falling.

In the qualitative evaluation based on interview, the therapist evaluating the pilot test expressed that “the customized training is perfect because it targets to the individual weakness”.

It is observed that in the Remember game, there were some participants who got a higher error rate. This can be because their memory did not change over the short intervention period (still cannot remember many colors), but their mobility was improved, so they could have more guesses (but most were wrong), and this resulted in a higher error rate. In future, another memory game (Simon Says) with a different interaction pattern will be tested for inclusion in the 2-min test to alleviate this issue.

The high increase, which is noticed (31–42%) may contain some test–retest effect. Also, the pilot test did not include a control group to compare. Hence, one should view the present tests merely as a pilot test. Randomized controlled trial(s) is needed to confirm the indications of the pilot test.

The authors would like to thank all participants of this experiment. Part of the work was produced as part of the EU Horizon 2020 project REACH under grant agreement no. 690425. He is at Center for Playware, Technical University of Denmark, is World Champion in RoboCup Humanoids Freestyle 2002, and has more than 200 scientific publications and 5000 citations. He was awarded the Most Outstanding Healthcare Innovator in the World in 2019. Over the last year, he received international awards in Tokyo, Singapore, and London. He has developed shape-shifting modular robots, presented to the emperor of Japan, and has collaborated closely on robotics and AI with companies like LEGO, Kompan, BandaiNamco, Microsoft, Mizuno. He is the inventor of the Moto Tiles (www.moto-tiles.com), which are used by seniors all around the world. 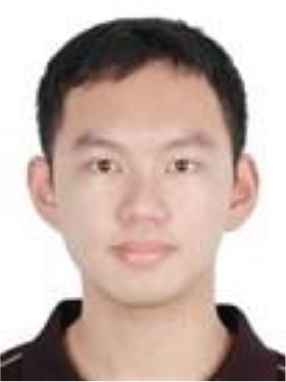 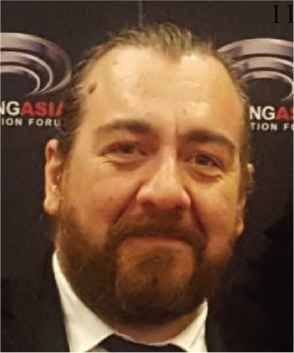 He is an Engineering Researcher at Center for Playware, Technical University of Denmark. He is specialized in Software Engineering and Playware. He has developed apps such as the Music Tiles and Moto Tiles app, and has won several awards with the Moto Tiles development.