This paper shows Extended Place/transition Net with Attributed Tokens (EPNAT) and a modeling technique using it in order to address the problem of EPN. In software modeling using EPN, objects of which the software consists need to be defined individually as sub-EPN models, even if they have the same behavior. On the other hand, in software modeling using EPNAT, objects that have the same behavior can be integrated into one sub-EPNAT model, and therefore EPNAT models would be smaller than EPN models. EPNAT models are converted to VDM++ specifications, and allow engineers to refine software specifications, create programs and test cases. A prototype tool has been developed to support the modeling technique.

Extended Place/transition Net (EPN) [1,2] is a formal modeling language to represent the behavior of software that consists of multiple objects. The objects mean modules, components, or subsystems in this study, and they interact each other to provide expected functionality of the software. EPN enables engineers to construct unambiguous and executable software specifications that can be used for systematic skeleton code and test case generation. However, in software modeling using EPN, objects need to be defined individually even if they have the same behavior, which causes an increase in model size. A large model that includes redundant definitions often leads to additional cost for design, implementation, test, and maintenance, due to its poor readability.

This paper shows a novel language called EPN with Attributed Tokens (EPNAT) and a modeling technique using it in order to address this problem. In EPNAT, objects are expressed as attributed tokens that are classified into types, and also the states and events of objects of the same type are expressed as places and transitions, respectively. Attributed tokens can pass through places and transitions that belong to the same types as theirs. EPNAT models are converted to VDM++ specifications, and allow engineers to refine software specifications, create programs and test cases. We have developed a prototype tool to support the modeling technique, and thus this paper includes a discussion about it.

The rest of this paper is organized as follows. Section 2 shows software modeling using EPN and its problem. In Section 3, we propose EPNAT and a modeling technique using it. Section 4 gives the overview of our prototype tool. In Section 5, we discuss the effectiveness of the proposed technique and prototype tool, and then show our future work.

Petri net including PN has been used in traditional software modeling and testing [3–5]. In previous study, we extended the PN by introducing VDM++ [a formal modeling language in vienna development method (VDM)] [6] in order to enhance its representation power, and generate test cases systematically. The extended PN, that is, EPN [1,2] consists of the following four kinds of structural elements.

Details that cannot be represented in PN, such as the actions and pre-conditions (guards) of transitions, are formally written in VDM++.

In an EPN model, a transition becomes fireable, if its pre-condition is satisfied and also all the places that are connected by its incoming arcs contain tokens. When a transition is fired, tokens are moved according to its incoming and outgoing arcs, and also the values of variables that are defined for each object can be changed by its actions. The variables can be referred in pre-conditions.

An EPN model consists of multiple sub-EPN models that represent the behavior of objects, and the sub-EPN models are connected by glue transitions that play an important role to specify the interaction among the objects. In an EPN model, the execution traces of software, that is, test cases are described as the sequences of successive markings (distribution of tokens on places), transitions, and values of variables. An EPN model that gives engineers the overview of the behavior of software can be converted to a VDM++ specification that is used to refine the specification of the software.

In software modeling using EPN, objects need to be defined individually as sub-EPN models even if they have the same behavior, which causes an increase in model size. In general, a large model that includes redundant definitions often leads to additional cost for design, implementation, test, and maintenance, due to its poor readability.

The objects that have the same behavior cannot be easily integrated into one sub-EPN model, since the variables for each object are defined as attributes of an EPN model or each sub-EPN model.

3. EPNAT AND A MODELING TECHNIQUE

In this section, we propose EPNAT and a modeling technique using it in order to address the above-mentioned problem.

The labels “seq” and “set” indicate the collection type of places, that is, whether the order of arrival of attributed tokens on places should be kept or not. Either “seq” or “set” should be specified for each place by engineers. In VDM++ specifications that is discussed later, places with the labels “seq” and “set” are implemented as instance variables of sequence type and set type, respectively. The label “inv” means that a place has an invariant. Details of “inv” are written in VDM++ by engineers, but they are omitted in the overview of an EPNAT model for ease of readability.

The label “act” means that actions are given to a transition. In VDM++ specifications, transitions including their actions, incoming and outgoing arcs are implemented as operations. The labels “pre” and “post” mean that a transition has a pre-condition and post-condition respectively, but the latter does not appear in Figure 2A. Details of the labels “act”, “pre” and “post” are written in VDM++ by engineers, but they are omitted in the overview of an EPNAT model for ease of readability.

Figure 2B shows VDM++ codes of the glue transition “allocate”. The statement (a) specifies the way of selection of attributed tokens to be moved. The statements (b) and (d) specify the way of deletion and addition of attributed tokens on the related places, respectively. Note that the Yen sign corresponds to a backslash. The statements (c) specify the actions to be executed on the transition, and they correspond to the label “act” that is pointed by “α ” in Figure 2A. The statement (e) specifies the pre-condition that needs to be satisfied just before the fire of the transition, and it corresponds to the label “pre” that is pointed by “β ” in Figure 2A. In Figure 2B, the codes that are pointed by “γ  ” need to be considered and written based on software requirements by engineers, but the others can be generated from Figure 2A.

In this paper, the details of the other structural elements in Figure 2A are omitted because of limitations of space. Many VDM++ codes for them can be generated by our coding pattern that is discussed in Section 3.3.

The modeling technique using EPNAT consists of the following four steps. Note that these steps are not always separated clearly. If engineers find any problems in a current step, they can return to a previous step. Also, engineers can incrementally and iteratively proceed with these steps. The product that has been constructed in each step is executable, and thus should be tested in the end of each step.

Objects are identified and classified into types, and then the abstracted behavior of an object of each type is defined as a sub-PN model, as shown in Figure 3.

All the sub-PN models are connected by glue transitions in order to complete a PN model that represents the abstracted behavior of software. Note that there is only one object for each type in the PN model.

Step 3: Addition of details to a PN model

The following definitions, which are written in VDM++, are added to the PN model in order to complete an EPNAT model. The multiplicity of objects on each type is considered in this step.

Step 4: Conversion to a VDM++ Specification

The EPNAT model is converted to a VDM++ specification. Figure 4 shows our coding pattern to perform this conversion systematically. The codes shown in the form of <terms> mean that actual VDM++ codes are extracted from the EPNAT model, or are written by engineers. Also, “#a - b” means the bth element (such as a variable and a place) of object type #a.

The proposed modeling technique should be supported by a tool, since engineers will need to spend a certain amount of time and effort to construct EPNAT models and VDM++ specifications. Therefore, we have developed a prototype tool in this study. This section shows the overview of our prototype tool that consists of an EPNAT model editor and a VDM++ specification editor.

We have proposed EPNAT and a modeling technique using it in order to address the problem of EPN. In software modeling using EPN, objects need to be defined individually as sub-EPN models even if they are the same type, which causes an increase in model size. On the other hand, in software modeling using EPNAT, the objects of the same type can be integrated into one sub-EPNAT model, and therefore EPNAT models would be smaller than EPN models. We discussed the problem and effectiveness by using an example of SLB.

EPNAT models can be converted to VDM++ specifications by using our coding pattern, and allow engineers to refine software specifications, create programs and test cases. However, the coding pattern will not be suitable for extremely large and complex software requirements, since they are defined as one class in a VDM++ specification. For example, each sub-EPNAT model may be defined as a class in order to address this problem, which will be discussed in our future study.

This work was supported by Grant Number . 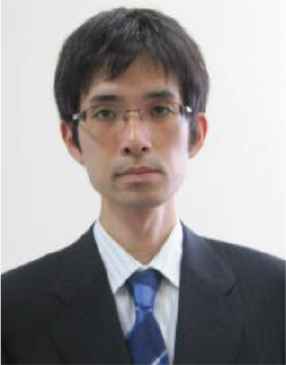 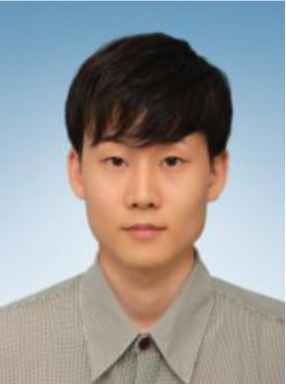