Tracking the heritage building changes has been a primary concern in an architectural works, as the building features may transformed due to periodic of time. In addition, the perseverance of heritage buildings seems taken lightly due to the eagerness of the Malaysian architect in designing urban anxious architectural features for the new building development. Therefore, in order to preserve the delicate features in heritage building; the development of an ‘As Built Drawing’ (ABD) is crucial. Plotting the ABD has several laidback which includes the reachability of the human to measure the building on site. Hence, technology acceleration using Unmanned Aerial System (UAS) has provided an instrument to develop ABD without risking human’s lives. Prior to development of ABD, there are several challenges in the implementation, specifically on the photogrammetry area. The photogrammetry phase in this research is crucial, as the ambiguous imaging captured can caused the misrepresentative Building Modelling replication. Therefore, the research aims to identify the imaging challenges during the progression of producing the ABD using UAS technology. With aid of the 3D Laser Scanner, the instrumental parameters have been set up, and data were recorded. On field data were collected in heritage building in Masjid Alwi Kangar. The ABD has been produced and the challenges arose from the implementation were bountiful to discuss. The research found that, the imaging challenges were the imperative parameters to tackle in order to score the accuracy in producing ABD using UAS technology.

Malaysian Act on Cultural Heritage divided into two elements which is tangible and intangible form of cultural property. Tangible heritage includes region, monument, and buildings. Intangible background consists of any shape of expression, languages, performance, dance, and martial arts, that may have existed or exist in terms of the heritage of Malaysia [1]. The primary function in preserving the heritage building is bound for the facilities management services that would took charge soon after the building has been occupied [2]. The tendency to face the facilities management predicaments in heritage building is high, due to the vital building blueprint are misleading in most of the heritage building in Malaysia [3]. The Malaysian heritage buildings are well known with the cultural representation assets. The requirement for a Malaysian building to be considered as National Heritage Property of Malaysia when the building has an ancient significant, which association to the Malaysian history. It also includes the best design quality and traits. The building must possess the technical and scientific innovation of achievements, that includes the social and cultural associations [4]. In addition, the building must procure a potential to educate, illustrate or provide similarly scientific investigation that relate to cultural pattern in Malaysian heritage. Furthermore, the ability of the building to portray a richness and unusual series of distinctiveness and rarity of the natural heritage whether it is falls under the category of underwater heritage. The cultural representative must also based on the natural place setting of the ancient habitants. Upon time, the information on the building changes may depleted, as there is limited efforts in order to plot the exact features of the heritage buildings [5]. Where tracing the changes on the heritage building upon time to time is difficult, utilization of Unmanned Aerial System (UAS) has been providing an access not only to track the changes, but reconstruct, mapping and portraying real – view on the heritage building in form of As Built Drawing (ABD).

The UAS well known with the flexibility and a low cost system which provide wide access for the photogrammetry and remote sensing. The evolution of the UAS has become new solution for the photogrammetry survey comparing to others mobile mapping system [6,7]. The basic principle of the UAS which primarily based on the imaging, visualization and photogrammetry with the aid of Digital Single Lense Reflex Camera (DSLR). Typical operational methodology for the UAS mapping is attaching the lightweight camera toward the flying objects [8]. Mapping and analysis methods were based on the photogrammetry imaging captured in low altitude [9]. Usually known as low cost data collection method, the low altitude unmanned vehicle provided rapid data that possibly updating the data via the real time analysis without waiting for a lengthy period imaging data provided with the satellite images [10,11]. With the complimentary using of Global Positioning System (GPS) and Imaging Processing Software the development of various onsite drawing was possible (Figure 1).

To reason with the difficulties in producing an As Built Drawing (ABD) for the heritage building, the technology of UAS has been utilized [12]. The outdated drawing makes the maintenance job faced several laidback. In long run, the maintenance work will be suspended and causing occupant’s dissatisfaction for the heritage building. The development of the ABD which can be derived from mapping of the point clouds, reconstruction of the real time object [13], and quantification by the Building Information Modelling (BIM) can jointing back the gap in between documentation hollow. Thus, the UAS has been an imperatives tools in sorting the heritage building information over periodic of time.

An exploratory site study has been implemented to understand the fundamental situation on Masjid Alwi. The existing site condition were justified to investigate the wind tail and wind speed of the stipulated area, as the environmental factors is contributing to the unmanned aerial vehicle flights take off and photogrammetry data gained toward the DSLR capturing the images. The aerial photograph and land survey (3D laser scanning) were captured using DJI Inspire 2, and Inertion Measurement Unit (IMU) data to provide the geometrical position to the centimeter level with the help of PIX4D Mapper software that has been recommended compared with other software. IMU data are for the orientation of the photo. The photogrammetry challenges were recorded in between mapping intervals. Therefore, the Omega, Phi, Kappa true orientation has depicted the position and distinguished it one by one. In the perspectives of land survey, the 3D laser scanning has been implemented using Trimble 3D laser scanner and Terrestrial Laser Scanning. The data has been into two categories which is 3D modeling which produced by using PIX4D Mapper software, which including three compulsory steps which initiated by ‘Initial Processing, ‘Point Cloud and Mesh’ and lastly the ‘DSM Orthomosaic’. With the aid of 3D laser scanning and BIM, the final refined and the verification of ABD. Lastly, the results and analysis of the metadata will have produced the final output of the research.

The photogrammetry phase was bound and highly likely at to overlap at 90% on the frontal perspectives. Following the high dependency on the flight frontal overlap which association to the flight direction, an allocation of 80% side overlap in between the flying tracks were provided. Taking an image is recommended to follow the regular grid pattern, as the DSLR camera shall be retain at the constant height over the terrain to ensure the desired Ground Sampling Design (GSD). Failing to do so would resulted images are not overlapping and cannot be process using PIX4D Mapper software. Then, acquisition of the imaging plan has required to reconstruct the 3D building model. The DSLR camera are at 45° angle attached to unmanned vehicle fly on top of the building. Second and third take off were using different and inclination angle at 0.50 m interval. The flight height shall not be increased more than twice between the flight as the pre-determined spatial resolution will be effected. The environmental parameters such sun direction, weather condition and existing building would bring different photogrammetry effects toward data taken. However, those can be solved by implementing the site investigation and understand the existence of the environmental parameters initially.

There are several photogrammetry challenges that primarily caused by the instrumentation and operational methodology conducted on the fieldwork survey such shutter speed variation that essentially will produce the blurry images, high international organization sensitivity has produce noise that making the imaging darker and brighter than it existing images, overexposed and underexposed occurrence which the exposure effects that highlight the different objects due to the dark and bright effects. The challenges also in regards the distortion cause by electronic or mechanical images stabilization that making the alteration of the alteration of the original shapes of the photogrammetry data misleadingly portrayed (Figure 2). The shutter speed rolling impacts, also has contributed to the photogrammetry challenges as the vibration on the images will be produced. When the overlapping imaging captured, PIX4D Mapper could not be able to convert the mapping into a reconstruction of Building Modelling. On field evidence were captured, as the flight shall be re took to find the best photogrammetry imaging data to be considered as the best data to be processed with the PIX4D Mapper software and linking the overlap.

Photogrammetry challenges and on field data

The images taken from the UAS flights were process with sufficient overlap, providing multiple take off to ensure the reliability of the photogrammetry data. Processing the image in this research involving utilization of Terrestrial Laser Scanner and conventional method. The key point extraction has been implemented and matched the DSLR camera optimization technique and geolocation of the mapper. Final heritage features were portrayed in Figures 3 and 4.

The imaging and photogrammetry challenges have been identified to understand of parameters while producing ABD with the utilization of UAS. The heritage features will be preserved with an updated as built drawing completed with details cross section and master plan. Thus, in the future replication of this project can track the baseline on imaging parameter in producing the ABD via UAS technology will be established as the photogrammetry challenges framework on ABD production using UAS was nowhere yet to be develop.

Special thanks to Centre of Excellence for Unmanned Aerial Systems (COEUAS) Universiti Malaysia Perlis (UniMAP) and IP Fokus Sdn. Bhd. for providing an access to the UAS facilities and technical support in within implementation phase of this experiment. 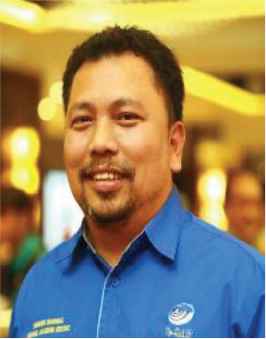 He graduated from Oita University in PhD in Materials Science and Production Engineering (Robotics) and currently the Professor in Centre of Excellence for Unmanned Aerial Systems (COEUAS), Universiti Malaysia Perlis (UniMAP). 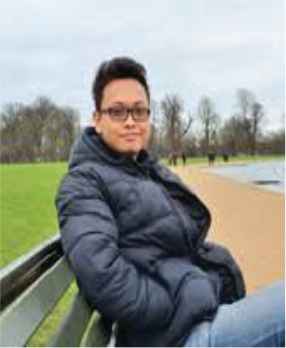 He graduated from Universiti Teknologi Mara in Master in Integrated Construction Project Management and currently a Lecturer in Department of Civil Engineering Technology UniMAP. He is a Researcher in COEUAS. He graduated from UniMAP in PhD in Advance Polymer Engineering and currently an Associate Professor in Lecturer Department of Mechanical Engineering Technology UniMAP. He is a Researcher in COEUAS. 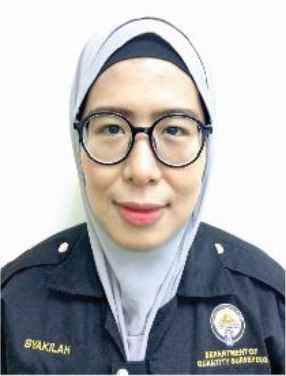 She graduated from Universiti Teknologi Mara in PhD in Built Environment and currently a Senior Lecturer in Department of Civil Engineering Technology UniMAP. She is a Researcher in COEUAS under Artificial Modelling and Unmanned Surveying (AMUS) Cluster.