In recent years, Convolutional Neural Networks (CNN) have been achieved state-of-the-art performance in varied tasks including image recognition [1] and object detection [2]. However, when comparing CNN with a Multilayer Perceptron (MLP) having the same number of weight parameters, CNN utilizes significantly more Multiply-Accumulate Operations (MAC) than MLP. This may lead to a bottleneck when deploying a CNN to a mobile device with low computational capacity. Addressing this problem, several research directions emerge from a structure pruning [3], network slimming [4], and early-exit network [5]. Structure pruning focuses to on reducing the number of filters in each layer of CNN by pruning filters with small magnitude. With a lower number of filters, this reduces the run time during inference in both the central processing unit and the field-programmable gate array. Network sliming focuses on creating a neural network model that can be detached into smaller models through inference. Therefore, the user can select trade-offs between latency and performance by selecting an inference with either a larger model or smaller model (detached model). In contrast, the early-exit network allows fast inference via predictions from the early layer of the neural network to its exit if the classifier on the early layer is sufficiently confident. Otherwise, feature maps from the early layer are passed and processed further in later layers, thereby producing more confident predictions.

In this research, we focus on network sliming. In our previous works, we purposed the Network with sub-Networks (NSN) [6,7] which introduced layer-wise detachment ability to MLP. Detaching weight layers on demand allows NSN to operate with lower MAC, therefore; it can decrease overall latency with a tradeoff in performance. However, it is not possible to directly apply the methods of NSN to CNN because of the following compatibility issues as follow. First, NSN requires a targeted neural network model to contain a same shape of a feature map throughout the model. This creates a major constraint to the CNN model; for example, the CNN cannot contain spatial reduction layers (pooling layers or convolutional layers without padding), without which, the CNN may operate with higher MAC than the layer detaching can reduce. The second issue is that NSN requires parallel training of N + 1 models (both base-model and sub-models), where N is the number of hidden layers. This indicates that NSN methods are not feasible with recent CNN models that contain more than 100 hidden layers. The third issue is that NSN required manual control of gradients across base-model and sub-models, causing high complexity during programing.

In this research, we propose Convolutional Network with sub-Networks (CNSN) to address the three aforementioned issues identified during the previous work. CNSN allows the use of different shapes of the feature map by attaching a step-down convolutional layer as the input layer of sub-models. This layer preprocesses and reshapes input images to a preferred representation to the sub-model. To allow CNSN to operate more depth CNN models, CNSN reduces a number of sub-models by allowing only few selected sub-models to be detached. Instead, of manually controlling the gradients, we introduce a multi-model loss, i.e., the combination of losses from a base-model and sub-models. This loss allows the base model to be detached into sub-models during inference and reduces its overall complexity in programing for the user making comparisons with NSN.

To detach several convolutional layers on demand, CNSN promises a greater reduction in overall MAC than demonstrated in our previous work, which can detach only fully connected layers. CNSN also provides a select-ability between the amount of MAC and test accuracy to the user. By deploying CNSN to mobile devices that are diverse in specifications, the user can freely select a base model or sub-models that suits the user’s mobile device and preferences. Our main contributions in this research are as follows:

An overview of CNSN is illustrated in Figure 1 which shows a base-model represented at the top row and two sub-models are in the two bottom rows. Each base-model and sub-model directly receives an input image and independently produces predictions. With fewer number of parameters in the model, the sub-model contains less capacity compared with the base-model. However, it promises to perform inference faster than the base-model.

Instead of allowing every layer of the neural network to be similarly detachable as the NSN, CNSN only allows a few sub-models to be detached. In each training batch, both NSN and CNSN requires base-model and sub-models to be propagated in the same iteration. This causes a problem in that parameters from base- and sub-models may not be fitted in a single graphics processing unit if the base-model is large and contains many sub-models. Therefore, to train the CNSN for a large CNN, we reduced the detachability of the model to only a few sub-models.

We conducted a benchmark using CIFAR10 dataset. CIFAR10 consists of 10 different classes and 60,000 images. Each image is an RGB image with a size of 32 × 32, and each class consists of 5000 training and 1000 test images, we performed data augmentation by padding 4 pixels into the training image and randomly cropping back to the original size. The training images were further augmented by horizontal flipping and normalizing with a channel-wise mean and standard deviation of the CIFAR10 dataset. In this experiment, we trained all models using a stochastic gradient descent with a momentum of 0.9. We set an initial learning rate as 10−2 and it is step-downed to one-tenth after training for 50, 100, and 150 epochs. We warmed up the learning rate for one epoch and trained our models for 300 epochs using a training batch size of 32. We reported the best test accuracy identified during this training.

Experimental results are shown as Table 1, where we compared the CNSN base model with the baseline model having the same setting as CNSN except for weight decay. We found that the optimized weight decays differ between the baseline model and CNSN. Therefore, to ensure fair comparisons, we applied different weight decays to each model. Our base-model achieved a loss in test accuracy 0.0049 in exchange for an ability to detach into sub-models. The sub-models1 was able to reduce more than half of MAC compared with the baseline model; however, this detachability was associated with a significant drop in terms of test accuracy relative to the base-model.

We propose CNSN, a CNN that can be detached into smaller CNNs or sub-models on demand. To enable CNN detachability, we propose the multi-model loss and step-down convolutional layer. Multi-model loss is used to introduce a model-wise detachability to the CNSN model. Although the step-down convolutional layer acts as a preprocessing or input layer to the sub-model, our sub-model can deliver a performance comparable with that of regular trained models, while sub-models significantly reduce the amount of MAC; however, this may be associated with a tradeoff in test accuracy.

The main issue facing CNSN is that the performance of sub-models is decreased relative to that of the base-model. In future works, we plan to improve this problem by utilizing CNSN using knowledge distillation [12]. Generally, knowledge distillation requires a large teacher and small student model to distill knowledge from the teacher to the student model. In this case, our CNSN contains both models as base-model (teacher model) and sub-models (student models). However, we cannot directly utilize conventional knowledge distillation without modification. This requires one to many relations between a single teacher (base-model) and multi-student models (sub-models), which raises a research question regarding how to effectively distill knowledge from the teacher model to student models while each teacher and student model shares parameters. Furthermore, sub-models contain both strong and weak classifiers. Distillation between them is also possible. Currently, our CNSN can detach only in the depth or layer-wise directions. We are interested to expand its detachability to CSNS in the filter-wise direction. Our main goal is to discover detachable sub-models with an arbitrary number of filters and layers inside a base model. Each sub-model has objective functions that enable it to maximize performance and minimize the number of MACs.

This research was supported by JSPS KAKENHI Grant Numbers 17K20010. 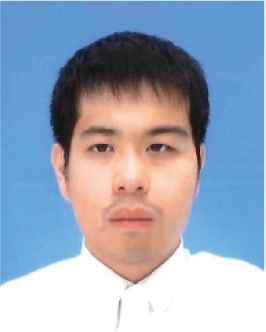 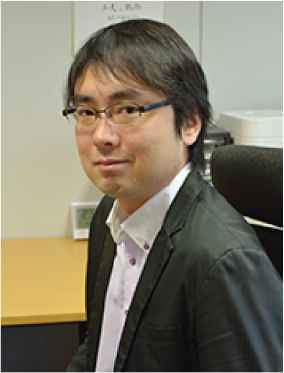