According to the different emotional needs of infants, the effective acquisition of frame-level speech features is realized, and the infant speech emotion recognition model based on the improved Long- and Short-Term Memory (LSTM) network is established. The frame-level speech features are used instead of the traditional statistical features to preserve the temporal relationships in the original speech, and the traditional forgetting and input gates are transformed into attention gates by introducing an attention mechanism, to improve the performance of speech emotion recognition, the depth attention gate is calculated according to the self-defined depth strategy. The results show that, in Fau Aibo Children’s emotional data corpus and baby crying emotional needs database, compared with the traditional LSTM based model, the recall rate and F1-score of this model are 3.14%, 5.50%, 1.84% and 5.49% higher, respectively, compared with the traditional model based on LSTM and gated recurrent unit, the training time is shorter and the speech emotion recognition rate of baby is higher.

An important part of affective computing includes children’s emotion recognition [1]. Children are far less able than adults to act rationally in emotional outbursts and in response to different emotions, which can lead to emotional disorders if children are not able to act rationally and are directed in a timely manner, which can lead to anxiety disorders and other mental health problems. Therefore, it is of great significance to use appropriate algorithms to judge children’s emotions.

Researchers have conducted in-depth research on children’s emotion recognition using methods such as acoustic features, machine learning, and deep learning [2]. It is proposed to use Support Vector Machine (SVM) and Convolutional Neural Network (CNN) to construct a system for detecting children’s secondary emotional states [3] real-time emotional state of children is defined by multi-agent based interaction system [4] to establish the children’s dual-modal emotion database and use the dual-modal emotion recognition method to measure the proportion of children’s emotion contribution, and to point out that infants’ (or young children’s) emotion is more difficult to judge than older children’s, babies usually cry to express their needs to their parents or guardians [5] the Mel-Frequency Cepstrum Coefficients (MFCC) of infant cries were extracted and classified based on Hidden Markov Model (HMM) to identify whether the infant cries were healthy or not [6]. The Spectrogram was used as the feature vector, and the CNN was selected as the classification model to classify and recognize the crying of infants in pain, hunger and sleepiness [7]. The SVM was used as the classifier to classify the crying sounds of infants in the condition of hunger, pain and sleepiness, and the recognition effect was better than that of the SVM.

The above algorithms have been successfully applied in the field of children’s emotion recognition, but traditional machine learning algorithms, as well as autoencoders and CNNs in deep learning, can only accept fixed-dimensional data as input. This is in contradiction with the fact that the effective length of speech is constantly changing. To solve this problem, reference extracts emotion-related features (hereinafter referred to as frame-level features) from short-term speech frames, and applies static statistical functions (such as mean, variance, maximum, linear regression coefficient) to frame-level features, finally, the feature vectors with fixed dimensions are formed to represent the features of the frame speech [8–10]. Although this method solves the problem of model input, the time sequence information of the original speech is lost through the statistical analysis of the speech features.

We propose an improved Long- and Short-Term Memory (LSTM) based children’s speech emotion recognition model. Based on the LSTM network structure, the frame-level speech features are substituted for the traditional statistical features, in order to obtain better recognition performance, attention gates were used to replace the traditional forgetting gates and input gates, and to construct the deep attention gates by weighting attention in multiple cellular states.

Long- and short-term memory network is mainly used to process sequence information with a large time difference. It is a variant of the Recurrent Neural Network (RNN). The LSTM network can solve the problem that the long-term information is difficult to store because of the gradient disappearance of RNN in the reverse propagation [11–13]. The LSTM network has been successfully applied in Natural Language Processing (NLP) [14–16]. To enhance the ability of LSTM network to process data in specific tasks, the researchers further optimized the internal structure of LSTM network. The fusion of the input gate and the forgetting gate of the LSTM network by the Gated Recurrent Unit (GRU) reduces the model parameters [17], the performance of LSTM network is better than that of GRU [18] in all machine translation tasks [19]. By using CONVLSTM network structure, the computing method of gate structure of LSTM is improved from Matrix multiplication to convolution [20]. Infinite Impulse Response (IIR) Filter Memory block of RNN is improved to Finite Impulse Response (FIR) Filter Memory block by Feedforward Sequential Memory Network (FSMN) [21], but FSMN usually needs to stack very deep layers, so FSMN has delay compared with one-way LSTM network [22]. Advanced LSTM network, which uses attention mechanism to weight multiple cell states, can be effectively used for emotion recognition. However, Xie et al. [23] indicates that this method does not change the gate structure in the LSTM network and requires more training time. In addition, researchers are exploring how to stack LSTM structures to achieve more reliable emotion recognition [24]. End-to-end emotion recognition is achieved by extracting multi-channel speech features from a 6s-long speech waveform via a CNN as input to the LSTM Network [25]. In this paper, 1280 kinds of abstract features were extracted from 6s-long speech waveform by CNN, and then fused with facial features as input of LSTM network [26].

The formula used in the traditional LSTM network is as follows:

Time series information will increase over time. Therefore, the calculation of the LSTM model at a certain time (that is, update the cell state C and hidden layer output h) is only based on the external input and the previous unit state and hidden layer output. Before the attention mechanism is put forward, if each moment is considered several times before, it will lead to too much information and the loss of important information, and increase the calculation amount and lead to the gradient explosion [27]. However, the information of cell state at t-time is not only related to the information at t − 1, but also closely related to the information at t − 2, which is selectively forgotten at t − 1. In this paper, the concept of deep forgetting gate is proposed and the corresponding input gate is designed.

It is worth noting that the introduction of “depth” will lead to an increase in training time. This is because in addition to forward increasing the number of attention gates in the loop for computing the state of multiple cells, reverse propagation also increases the number of chain derivations [28,29]. From the point of view of the parameters of the model, although the depth will cause the increase of the training time, it will not cause the increase of the parameters of the model because the attention gate weights of each layer are shared by V and W.

In this paper, the aim of depth is to improve the performance of speech emotion recognition [30]. To study the performance improvement, the following experiments were carried out:

In experiment 1 investigated the effect of depth performance on children’s emotion recognition rate [31]. The attention-gate-based LSTM model (hereafter referred to as the attention-gate LSTM model) at depths 1–3 is used for comparison.

In experiment 2, the effects of decreasing the number of parameters and training time on speech emotion recognition performance were investigated [32]. The attention gate LSTM model with depth 1 was compared with the traditional GRU model and LSTM model.

The training framework for the deep attention gate LSTM model is shown in Figure 2. Among them, LSTM0 represents the LSTM model of the first-level deep attentional gate, and LSTM1 represents the LSTM model of the second-level deep attentional gate. Xt extracts speech features [8–10] from INTERSPEECH in frame t after framing and windowing, ht and Ct are the hidden layer output and cell state of its corresponding LSTM model output. As can be seen from Figure 2, the input state of the traditional LSTM model at time t is (ht−1, Ct−1), while in the training of this paper, the input state at each time is expanded to (ht−1, {Ct−1, Ct−2, …, Ct−L}), where L is the depth of the attention gate. The last state of the last layer of LSTM, which contains all the temporal information of the preorder, is input into the subsequent classification network for the identification of children’s emotions [33–35].

In our experiment, we used two databases of different emotion representations to verify the effectiveness of the algorithm in this paper. To study the performance of this algorithm in dealing with other types of emotion recognition problems, and whether reducing the number of parameters can optimize the time or reduce the performance [36–39], Fau Aibo Children’s affective Corpus, infant crying affective needs Corpus and Chinese Academy of Sciences’ Institute of Automation (CASIA) Chinese affective Corpus were used to verify the results.

In this experiment, some frame-level features are selected based on INTERSPEECH’s speech emotion features [39]. In Schuller et al. [8], 16 Low-Level Descriptors (LLD, zero-crossing rate, root-mean-square Frame Energy, pitch frequency and MFCC 1–12) and their difference coefficients are extracted. For each descriptor, 12 statistical functions are calculated, so the total eigenvector has 16 × 2 × 12 = 384 features. On this basis, the speech emotion characteristics of INTERSPEECH 2010 (IS2010) have been increased to 38 kinds of LLD, so the total feature dimension has been expanded to 1582 dimensions. The feature dimension of the speech feature set is increased to 6373 dimensions.

The original data is divided into training set and test set according to the ratio of 4:1. The experiments all adopt unidirectional two-layer LSTM stack structure and use one full connection layer and one Softmax layer as the training model. During the training, a small batch of gradient descent is used and Tanh is used as the activation function, as shown in Table 1. To ensure the validity of experimental comparison, the same Corpus and model experimental parameters are identical.

According to the analysis above, the performance of attention gate LSTM model is improved because it modifies the forgetting gate and input gate of traditional LSTM model, it makes the LSTM model leave important information by self-attention to the cell state at the last moment, and supplement the unimportant information as the new input in the corresponding position, thus improving the performance of the LSTM model. The attention gate LSTM model introduces the concept of depth so that each forgetting operation is determined by multiple cell states rather than one of them. 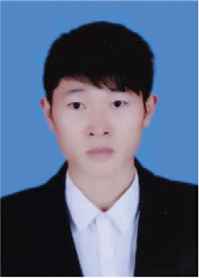 He has obtained a double bachelor degree in engineering and management in 2018. Now he is a master student in Tianjin University of Science and Technology. The major is control engineering.

He is an Associate Professor in the School of Electronic Information and Automation, Tianjin University of Science and Technology. In 2002, he graduated from Nankai University with a master’s degree in pattern recognition and intelligent systems. He graduated from the Chinese Academy of Sciences in 2006 with a PhD in Control Theory and Control Engineering. He is currently the master course student in Tianjin University of Science & Technology. Principle of automatic control, his research field is about intelligent robot. During his study, he has participated in and won awards as university robot competition.