In response to requests from visually impaired people for better assistance tools in their daily lives and due to the difficulty of using public transportation, it is proposed a bus boarding support system using MY VISION. For the support, a method of identifying a bus route number is proposed in this paper. A bus approaching a bus stop is detected from MY VISION images that utilizes the Lucas–Kanade tracker. A bus route number area is then acquired with the help of the Haar-like filters and the random forest. Finally, the number from the area is extracted and identified through pattern matching. The effectiveness of the proposed method was shown by experiments. The results indicate that it is possible to realize a practical boarding support system for the visually impaired.

According to the statistics survey from the Ministry of Labor in the past 23 years, there are about 310,000 people with visual impairment in Japan [1]. Meanwhile, about 70% of these people are over 65 years old. It can be seen that, as social aging goes, the number of people with visual impairment increases further. For the visually impaired, considering practicality and economy, they usually choose public transportation. However, public transportation, a bus, for example, needs some kinds of visual information, such as the route number and entrance location other than knowing its approach and stop at a bus stop where a user is. Acquisition of the above information is vital for the visually impaired. Therefore, it is necessary to develop a support system that enables visually impaired people to easily use public transport.

In this paper, we propose a bus boarding support system for the visually impaired that detects a bus in service and identifies the bus route number employing MY VISION. MY VISION is an ego-camera system which provides the images from the (virtual) view point of the visually impaired. The proposed system assumes that a user is equipped with an ego-camera on his/her head, and it processes the images provided from the camera to detect a bus and to identify the bus route number.

From a review of the literature, it was found that there are many automatic bus number recognition systems. However, most of them use active sensors, such as Global Positioning System (GPS) tracking systems, Radio Frequency Identifier (RFID), etc.

For vision-based methods, Guida et al. [2] and Wongta et al. [3] proposed the detection and identification of bus route numbers. Their method uses Adaboost-based cascaded classifiers to locate the main geometric entities of the bus facade, and the matching is improved by robust geometric matching. Then the bus facade image is converted to a Hue Saturation Value (HSV) color space and threshold operations are applied to segment each number.

Pan et al. [4] proposed another vision-based method that detects information from the front of the bus. Their system can be divided into two subsystems: bus detection and bus route number detection. In the bus detection, they use Histograms of Oriented Gradients (HOG) and Support Vector Machine (SVM) to detect the bus position. In the bus route number detection, they use adjacent character grouping and sophisticated edge detection to find candidate regions. The Haar-like feature is extracted from edge distribution. The acquired features are input into Adaboost to classify each component. Finally, they combine an optical character recognition software with a text-to-speech synthesizer to produce audio.

However, the aforementioned methods are insufficient for practical use in that their computational complexity is high, and the recognition accuracy and the effect of tracking a bus still need to be improved to gain better performance.

3. OVERVIEW OF THE PROPOSED METHOD

4. DETECTION OF A BUS AREA

and Random Sample Consensus (RANSAC) [11] are used. Assuming that two successive images are mutually related by the projective transformation, Equation (1) expresses the relation between the point (x1, y1) in the first image and a corresponding point (x2, y2) in the second image. RANSAC is used to determine the parameters hi (i = 0, 1, ..., 7) of Equation (1). Those point pairs between the two images which do not satisfy the relation given by Equation (1) are regarded as giving the internal optical flows.

Here, F(A) and F(B) are the average brightness of a white area A and a black area B, respectively.

The random forest classifier determines a class by feeding the feature vector of an unknown 100 × 30 pixels image into the learned decision trees. The class distribution Pt(c/S) at tree t is calculated when the unknown data finally reaches the terminal node of tree t, and it is averaged among the decision trees by the following equation;

Here, T is the number of decision trees in the random forest, and P(c/S) is the average class distribution.

The obtained bus route number area needs further processing to get the text area. According to the fact that the LED display area of a Japanese bus has a fixed position distribution in the bus route number area, a relatively accurate route number position can be obtained. HSV color image processing is employed to get the binary image of the text area, and labeling is done to segment the text area as shown in Figure 3a. The labeled segments are surrounded by a rectangle as shown in Figure 3b, and those rectangles which have the height–width ratio r (0.45 < r < 1.10 in the experiment) and the size above a certain threshold are chosen. Template matching is then performed on the chosen rectangles to identify the bus route number. Note that the templates for the matching are 10 digits.

The proposed method was examined in regard to its performance experimentally.

The method analyzes a video provided from a camera worn on the head of a user and taking images of an approaching bus from the sidewalk. Four videos (scenes) were taken and used for the experiment; Scene 1 (67 frames), Scene 2 (103 frames), Scene 3 (86 frames) and Scene 4 (59 frames). The former two scenes were taken on a sunny day, whereas the latter two on a cloudy day.

A random forest classifier was trained to detect a bus route number area. Data on the number of used positive/negative images and other parameters are given in Table 1. The performance of the classifier based on the test data is shown in Table 2. Table 3 shows the detection rate when the classifier was applied to the four videos. The dimension of the Haar-like feature vector is 5102 in the experiment.

Detection rate with the four videos (%)

7.3. Identification of a Bus Route Number

This paper proposed a method of assisting boarding a public bus for a visually impaired person. It finds a bus approaching a visually impaired user from a video provided by MY VISION and detects a bus route number area on the front of the bus by a random forest classifier based on Haar-like feature vectors. A bus route number image is then extracted from the area and identified by pattern matching.

Experimental results on the bus detection and on the bus route number area extraction proved the effectiveness of the proposed method. To increase the accuracy of the bus detection further, interference from surrounding moving cars should be excluded, since the cars of the same lane provide the optical flows similar to that of a bus. This causes negative influence to the bus area detection. As for the bus route number area extraction, a larger number of data for training the random forest classifier should be prepared for, so that various lighting conditions may be considered.

On the other hand, results on the identification of a bus route number still needs further improvement. In particular, more exact segmentation of the digits in the bus route number area should be considered under various conditions on illumination and light reflection.

Improving methods of the segmentation and the digits identification remain for further study.

A method [5] of detecting a public bus approaching a bus stop and finding an entrance of the bus stopped in front of a visually impaired user has been proposed. The method proposed in this paper enhances the method [5] by adding the function of a bus route number identification to it. The overall system will lead to the realization of a useful bus boarding assistance system for the visually impaired.

The method is expected to offer one of the useful bus boarding support tools for the visually impaired people in the future. 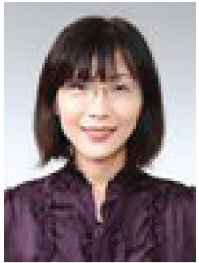 She is currently with Department of Mechanical and Control Engineering, Kyushu Institute of Technology, as Professor. Her current research interests include ego-motion, three-dimensional shape/motion recovery, human detection and its motion analysis from videos. She was awarded SICE Kyushu Branch Young Author’s in 1999, the AROB Young Author’s Award in 2004, Young Author’s Award from IPSJ of Kyushu Branch in 2004 and BMFSA Best Paper Award in 2008, 2010, 2013 and 2015. She is a member of IEEE, The Information Processing Society, The Institute of Electronics, Information and Communication Engineers, and The Biomedical Fuzzy Systems Association of Japan. 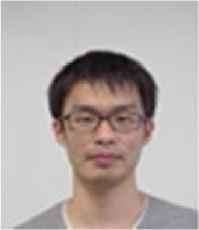 He received B.E. in Control Engineering from the Graduate School of Engineering, Kyushu Institute of Technology, Japan. His research includes image processing, and pattern recognition. 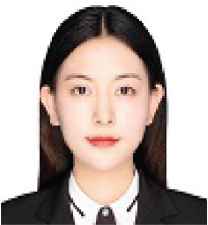 She received B.E. in mechanical design and manufacturing and automation from Yangzhou University, China and M.E. in Control Engineering from the Graduate School of Engineering, Kyushu Institute of Technology, Japan. Her research includes computer vision, bus line number detection and recognition. 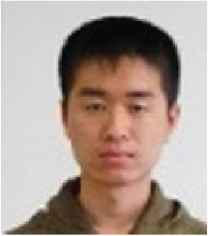 He received B.E. and M.E. in Control Engineering from the Graduate School of Engineering, Kyushu Institute of Technology, Japan. His research includes computer vision, and object tracking.