In nature, low-frequency sounds are produced by a variety of natural phenomena. For example, they are included in tectonic movements, such as volcanoes [4], celestial motions, such as, asteroids, meteorites, meteors, and fireballs entering the atmosphere [5], meteorological phenomena, such as typhoons and lightning [6], and water movement such as waterfalls and rivers [7].

As the experiment was conducted in a room without soundproofing, the room’s background noise was examined. The frequency spectrum was measured without music and with 40 Hz DMV. The number of trials was three, and the average intensity was derived. An interval estimation with a confidence interval of 95% showed that the difference of powers at 40, 20, and 16.5 Hz were statically significant from the room’s background noise (Figure 1).

A comparison was drawn between music from speakers and 40 Hz DMV from a subwoofer, both playing simultaneously. The speakers and subwoofer were placed in the same position at a distance of 5.45 m from the recording device. The number of trials was three, and we examined: one with music solely, and one with music and 40 Hz of DMV played simultaneously.

When solely music was played, Rxx(τ) did not show a significant structure. In contrast, when music and 40 Hz DMV were played simultaneously, the Rxx(τ) oscillated, as shown in Figure 2. The frequency of the oscillations was approximately 0.25 s, which was equal to the period of autocorrelation of the 40 Hz sinewave (DMV).

WN has the same power in all frequency bands; BN is generated by Brownian motion and is proportional to 1/f 2 (f stands for frequency). And GN has the density of power along the equal decibel curve. We generated each noise by the Adobe Audition 2021.

The low-frequency effect in music or sounds was discovered, and this effect’s mechanism will be explored in the future. The authors speculate that low frequency sounds cause non-linear effects in music or sounds, such as heterodyne in signal processing [10,12].

We thank the reviewers for their valuable suggestions. We owe a debt of gratitude to Dr Annette Grathoff for her thought-provoking discussions and suggesting a link with heterodyne. The Grant supported this study in Aid for Scientific Research No. 21K12108. 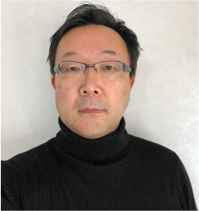