Tracking Control of Mobile Robots based on Rhombic Input Constraints

This paper focuses on the trajectory tracking control algorithm for Differential Wheeled Mobile Robots (DWMRs) based on rhombic input constraints. The kinematics and dynamics model of DWMRs are established, and vector analysis method is used to design the controller when the linear velocity and angular velocity of DWMRs were not mutually independently. Through the simulation of tracking 8-shaped curve, a good control performance is obtained.

Differential Wheeled Mobile Robots (DWMRs) are widely used in today’s society. There are many methods have been used in controller design for trajectory tracking. Sliding mode control [1], backstepping control [2], robust control [3], fuzzy control [4], active disturbance rejection control [5] etc. are used to solve tracking control problem. From a practical perspective, the input constraints must be considered when designing controller, but the current situation is that most of the research does not consider the mutual constraints relationship between the linear velocity v and the angular velocity ω of the mobile robot, they usually assume that the input constraints of the robots’ linear velocity v and angular velocity ω are mutually independently, that is, |v| ≤ m1, |ω| ≤ m2, where m1 and m2 are positive constants. The real situation is that input field of DWMRs is the rhombic area defined by |v/m| + |ωl/m| ≤ 1 as shown in Figure 1, and m represents the maximum velocity of two drive wheels, l represents half of the distance between the two drive wheels, the proof process will be given later. If a differential wheeled mobile robot uses the controller designed in Su and Zheng [6], the rectangular area where v and ω are independently needs to be obtained from the rhombic area mentioned above, it can be determined by |v| ≤ m/2 and |ω| ≤ m/2l. So we can see that the actual area where v and ω are mutually independently is only half of the hypothetical rectangular area. Also the mobility of DWMRs cannot be fully utilized. Rhombic input constraints are considered first time in Chen et al. [7], it proposed a geometric analysis method to design time-varying feedback parameters.

Thus v and ω are constrained by

The above is collated into one expression:

Formula (3) can be sorted into one expression:

Formula (4) can be expressed as the solid black rhombus in Figure 1. So far, the independent rhombic area of v and ω is obtained.

(x, y) is the center point coordinates of DWMRs and θ is used to indicate its azimuth angle (see Figure 2).

The input constraint of DWMRs is Equation (4), and its reference trajectory satisfies:

We ensure the traceability of the trajectory by introducing a constant ɛ in formula (7).

Figure 2 shows that system errors of DWMRs are defined as:

Now our task is how to design the controller with satisfying the input constraints to make errors tend to zero.

To design the controller, we need to use the following two lemmas:

f:[0,∞) → R is first-order continuous differentiable and is a finite value, if is uniformly continuous, then .

There is a scalar function ρ(x), x ∈ [0, ∞], which satisfies the following properties:

ρ(x) = tanh(x) is a function that satisfies the above conditions.

In this paper, we refer to the controller designed in Blažič [8] as follows:

(11)
where kx, ky and kθ are positive constants. If the errors are too large, then v and ω are more likely to break through the range of the rhombic input area through analysis formula (11). In this way, the control commands cannot be executed well.

For controller (11), if following conditions are met:

To use the vector method to design controller (11), we first need to define the controller v and ω as a vector

then by defining other vectors as:
(12)
the controller can be represented by a combination of several vectors:
(13)

It is necessary to design each vector in turn, so that controller can finally meet the rhombic input constraints.

Since the requirement for ky is , we intuitively thought of designing if from Lyapunov function V(t).

In this way, the vector can be expressed as:

Similarly, we can get the coordinates of F as:

Further we can get the expressions of and as

To design kx and kθ, let

At this point, the kx, ky and kθ meet the two conditions in Lemma 3, so the system error will converge to zero. And because of our vector method design the parameters ensure that the control variables v and ω meet the rhombic input constraints too.

Figure 4 shows a robot gradually tracks on the reference trajectory, where the blue line represents the expected trajectory, and the red line represents the actual trajectory. Figure 5 shows the tracking errors xe, ye, θe are each gradually converge to zero, also we can guarantee the control variables v and ω satisfy the rhombic input constraints through Figure 6, and sometimes v can basically reach the bounds of rhombic input constraints. Figure 7a is the tracking errors diagram under the controller in Chen et al. [7], Figure 7b is the tracking errors diagram under our controller, it can be seen that our controller can make the errors converge faster, and the oscillation is smaller.

The tracking control problem of DWMRs with rhombic input constraints is solved in this paper. Compared with existing methods, we have improved the design of controller parameters and achieved better performance. Also our method can better exert the robots’ mobility and makes the tracking errors converge faster. The controller simultaneously solves the tracking problem and stability problem, its effectiveness can be confirmed by simulation results. Future work will focus on the controller design with uncertainty based on a more complex application environment. 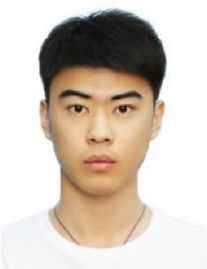 He received the B.S. degree in measurement & control technology and instrument from Harbin Engineering University, Harbin, China, in 2016. He is currently pursuing the PhD degree with the Seventh Research Division and the Center for Information and Control, School of Automation Science and Electrical Engineering, Beihang University. His research interests include robotics and motion control. 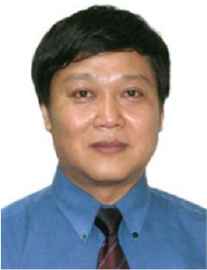 He received the B.S. degree in control theory from Shandong University, China, in 1982, and the M.S. and PhD degrees both in control theory and applications from Beihang University, China, in 1990 and 1993, respectively. Then, he joined the Seventh Research Division at Beihang University where he is currently Professor of automatic control. His research interests include robust control, intelligent control and their applications in robot systems. 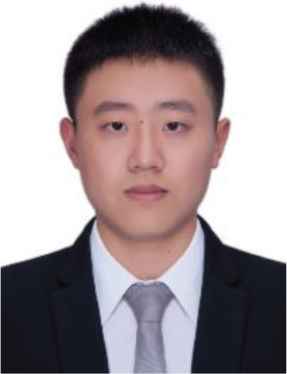 He received the B.S. degree in Automation from Chongqing University, Chongqing, China, in 2017. He is currently pursuing the PhD degree with the Seventh Research Division and the Center for Information and Control, School of Automation Science and Electrical Engineering, Beihang University. His research interests include gravity compensation control and intelligent control of mobile robots.