Virtual Reality (VR) technology is widely used in digital cities, industrial simulation, training, etc. where the environment modeling is a necessary component. Comparing with the difficulty to build the three dimension (3D) environment with the conventional methods, the Structure from Motion (SFM) method is proposed in this paper. The modeling accuracy is studied by comparing with the real dimensions. The results show the SFM method can give a high precision reconstructed 3D model in a short time.

Virtual Reality (VR) is an artificial media space built by computer. It makes people enter a virtual environment by interaction devices of multimedia sensors. Using external devices, such as helmets and data gloves, users see an interactive and dynamic 3D views formed by multi-source information. VR has been applied in many fields such as simulated military training, digital museum, gaming, etc. [1].

Modeling the virtual world, that is, the construction of VR environment, is a necessary step. Because of the complexity of the real world environments, it is tedious and difficult to model the working environment in any real world. So many people have to simplify the model process by construct the environments with only necessary components for conventional methods. In this paper, the Structure from Motion (SFM) [2] method is studied to build the 3D environments. The results show it can provide more accurate and vivid 3D model and reduce the modeling time.

Till now, many modeling methods are developed to build the 3D environments for VR, such as:

In the SFM method, the camera parameters and three-dimensional environment information are recovered with geometry methods. Taking a bear model as an example, its main process is shown in Figure 1.

Structure from motion method is mainly divided into four steps in Figure 1:

One advantage of the SFM method is that the modeling steps are automatic. Another is that it can modeling large-scale scenes, which is very suitable for modeling of natural terrain and urban landscape.

But as SFM method restore the shape and texture information of scene from the feature points in the photos, the method may lead to a bad result in the following cases. One is the environment is low texture, such as a blank wall. There are not enough feature points to extract, so the scene cannot be restored. Another is the problem of shade, some structure cannot be extracted feature points when they were sheltered by other object or other part of their own. Users need to take photos from as many angles as possible in order to avoid that problem.

Due to the high requirements on the dimensional accuracy of the model in VR, the modeling accuracy of SFM method is tested with an experiment in this section.

Figure 2 shows a stone table model reconstructed in this experiment. In order to facilitate the dimension measurement in later step, several markers with different number were pasted in the scene.

By comparing the distance in the model and the actual scene, the modeling accuracy of SFM method is analyzed. Table 1 gives the error analysis data.

Error of every distance

According to the data in Table 1, error analysis is carried out furtherly in horizontal and vertical directions of the model. Error is mainly classified into Mean Error (ME), Mean Absolute Error (MEA), Standard Deviation of Error (SDE) and Root Mean Square Error (RMSE) in Table 2.

It can be seen from Figure 2, Tables 1 and 2 that the model reconstructed is basically the same as the actual scene. From Figures 4 and 5, it can be concluded that the error value of the horizontal and vertical directions is low. But the error value of the horizontal direction is larger as the distance between makers in the horizontal direction is larger. After comprehensive analysis, the final average error of the model is <1 mm, the maximum error is <4 mm, and the average relative error is <0.1%. Moreover, the modeling time is all within 2 h.

After the modeling is completed, the material information can be exported through a 3D format file such as OBJ, and the texture file of the model is also exported as a picture. The exported model and texture information are respectively shown in Figures 5 and 6.

The files obtained in the above steps can be imported into the Unity3D software successively to complete the subsequent edit of the VR. The imported model in Unity3D is shown in Figure 7.

Using SFM method to modeling the VR environment based on real environment is discussed in this paper. Compared with conventional modeling methods, the advantages of SFM method are shown as follows:

On the other hand, there are also two cases to be attention: one is that the SFM method should not be used to modeling the scenes in low texture; another is that users should take photos of the scenes in as many angles as possible. 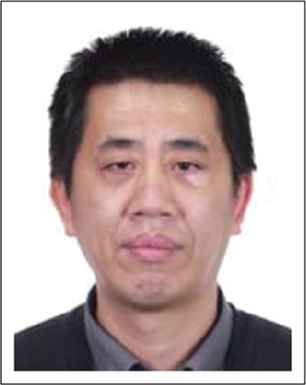 He is an Associate Professor at School of Mechanical, Electronic and Control Engineering, Beijing Jiaotong University, China.

He obtained his PhD degree at Tsinghua University, China in 1999. His main interests are computer vision, robotic control and fault diagnosis. He is a master student at School of Mechanical, Electronic and Control Engineering, Beijing Jiaotong University, Beijing China. His main interests are 3D reconstruction and object detection. He is a master student at School of Mechanical, Electronic and Control Engineering, Beijing Jiaotong University, Beijing China. His main interest is computer vision for robotic. 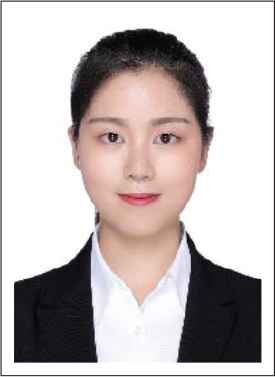