To develop a complex computer system such as a robot that can communicate smoothly with humans, it is necessary to equip the system with a function for both understanding human emotions and expressing emotional signals. From both perspectives, facial expression is a promising research area. In our research, we have explored both aspects of facial expression using infrared-ray images and visible-ray images and have developed a personified agent for expressing emotional signals to humans. A human–computer–human communication system using facial expression analysis and a music recommendation system using a personified agent with facial expression synthesis are reported in this paper.

Copyright
© 2021 The Author. Published by Atlantis Press B.V.
Open Access
This is an open access article distributed under the CC BY-NC 4.0 license (http://creativecommons.org/licenses/by-nc/4.0/).

The goal of our study is to present a paradigm whereby a complex computer system such as a robot can cooperate smoothly with humans. To do this, the computer system must have the ability to communicate with humans using some form(s) of information transmission. Such a system must be equipped with a function for both understanding human emotions and expressing emotional signals to its human counterparts. In this regard, facial expression is a promising target for research. Accordingly, we have been investigating both aspects of facial expression.

We have developed a method for recognizing facial expressions using thermal image processing [1]. In this study, infrared-ray was used. Figure 1 shows the influence of lighting at night on a facial image using both visible-ray (Figure 1a and 1c) and infrared-ray (Figure 1b and 1d). As is evident in the figure, the visible-ray image is strongly influenced by lighting conditions, while the thermal image is unaffected. With our method, neutral, happy, surprised, and sad facial expressions were recognized with 90% accuracy [1]. Figure 2 shows examples.

2.3. Analysis for Medical Use

Facial expression analysis using infrared-ray images [4] or visible-images [5–7] has been successfully conducted with the goal of identifying subjects suffering from pre-stage dementia or other medical problems such as depression.

Social Network Services (SNSs) have become extremely popular as communication tools on the Internet. However, while it is possible to post a message, a static image, or a moving image on a platform such as Twitter, it is difficult to communicate the actual emotions felt when writing a message or posting an image. We believe that a support system is needed to facilitate smoother communication between humans in their use of SNSs. Not having immediate and direct contact with one another risks misunderstanding, especially from an emotional point of view.

One of our studies is aimed at expressing the real emotions of individuals writing messages for posting on an SNS site by analyzing their facial expressions and visualizing them as pictographs. To this end, we have developed a real-time system for expressing emotion as a pictograph selected according to the writer’s facial expression while writing a message [8,9]. We applied the system to the posting on Twitter of both a message and a pictograph [8,9].

The lower panels in Figure 3 show the output of our system in a situation where the subject was asked to intentionally show two types of emotions—neutral or smiling—when writing the message, ‘明日は情報伝達システム学サブゼミに参加します。時間は5時限目、場所は先生の部屋です。’ (in Japanese), which means, “I will attend the discussion section held at the professor’s room in the information communication system lab in fifth period tomorrow.” [8].

Expressive motions are generated by combining the expression data of each vowel for each utterance motion. Then, the utterance contents are input as text and used by the MikuMikuDanceAgent (MMDAgent) [12], which is a freeware animation program that allows users to create and animate movies with agents, to output synthesized voice that is then recorded by a stereo mixer inside a PC and saved as a WAVE file. Speech is recognized using a speech recognition system called Julius [11], followed by facial expression synthesis of the agent using preset parameters depending on each vowel. Facial expression data were created with MikuMikuDance [13].

In the music-recommendation process, all user navigations are performed by the synthetic voice of the agent appearing on the PC screen facing the user. All dialogue spoken by the agent is situationally selected by the proposed system [14]. The user’s answers to the questions generated by the agent are recognized using the voice recognition function of the system, and the agent motions, including facial expressions, are then generated.

Figure 5 shows two snapshots of the reaction of the agent after recognizing (a) a positive answer, i.e., the user wishes to listen to the recommended song again in the future, and (b) a negative answer, i.e., the user does not wish to listen to the recommended song in the future. In the case of (a), the agent nods twice and raises the corners of the mouth slightly, while in the case of (b), the agent also nods twice, but lowers the corners of the mouth slightly. Figure 6 shows a snapshot of the music recommendation being performed by the proposed system [14].

The experiment was performed separately using the database consisting of the 52 children’s songs, and that consisting of the 58 popular songs, with two experimental conditions for each (Condition 1: with the input to the system being performed by a supporter instead of the agent navigating the system and Condition 2: with the agent navigating the proposed system) [14]. Following the experiment, all subjects were requested to select one of five [evaluation value] answers ([5] absolutely yes, [4] yes, [3] I can’t say either, [2] no, [1] absolutely no) to seven questions (Table 1) to evaluate the proposed system [14]. Table 2 shows the average-values for each question listed in Table 1. The mean value of the averages listed in Table 2 was 4.1, suggesting a positive overall evaluation of the proposed system [14].

Questionnaire to evaluate the proposed system [14].

Evaluation of the proposed system [14]

Speech recognition and synthesis are indispensable for human-computer communication. In particular, developing the function of emotional speech synthesis [18] offers a way to create a paradigm whereby a computer system such as a robot can work seamlessly with humans.

To develop a complex computer system such as a robot that can communicate smoothly with humans, it is necessary to equip the system with the ability to both understand human emotion and express emotional signals to humans. From both points of view, facial expression is a promising research field. In developing a method for recognizing facial expressions, we have used infrared-ray images as well as visible-ray images. For expressing emotional signals to humans, we have developed a personified agent. Developing the function of emotional speech synthesis is the next target of our studies. 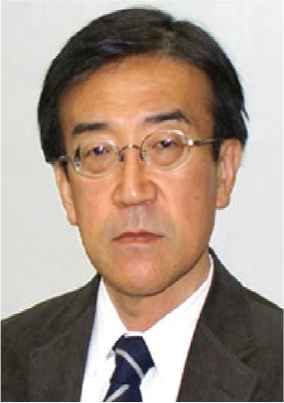 He received his B.E., M.E., and PhD degrees from Kyoto University in 1980, 1982, and 1991, respectively. He works as a Professor at the Graduate School of Life and Environmental Sciences of Kyoto Prefectural University. His specialties are applied mathematics and physics, informatics environment, intelligent informatics. He is a member of IEEE, HIS, ORSJ, IPSJ, IEICE, SSJ, JMTA, and IIEEJ.